Once upon a time I didn’t understand my daughter.  I tried to fit her into the mold of all the other kiddos her age.

“She’ll get there…” people would tell me.  Wherever “there” was or is.

Little did I know that the battle she was fighting would become a battle I’d fight with her- one I had already spent nearly 29 years dealing with: acceptance in society despite being different.  She’s been diagnostically labeled as “autistic” while I was simply labeled as “weird.”

Not to say that I fully understand everything she’ll deal with in her life, but I too struggled with fitting in.  As an adult, I no longer feel it necessary to change my behavior in order to be accepted, but I still have trouble with social interactions.  Somewhere along the way I’ve trained myself to be able to function “normally” in society, but it’s something I’ve never been particularly comfortable with.  I’m very okay with just being me, though.  There are plenty of people who appreciate my quirks and don’t expect any changes, but it honestly wasn’t always that way.  As a child, I never felt good enough outside of my own home.  I never felt like I could just be me without being labeled as something that at one time was very hurtful to me.  I learned too late in the game that all the things most people thought were bizarre about me were just the personality traits of mine that made me unique.  And there’s nothing wrong with being different.  🙂

It’s always nice to have someone who totally knows what I’m talking about- and it’s especially nice to be married to that person.  😉  When I met my husband back when I was 14, he was as “weird” as weird gets!  We’re talking long hair with blue streaks, duct taped shoes, very quirky mannerisms, jewelry that would probably make the average parent shudder… and I distinctly remember that the first time I saw him, I thought, “I need to be friends with this guy!”  We instantly clicked and despite being a match made in heaven, we remained “buddies” until the timing was right to just let it all out- totally worth waiting 10 years for, by the way.  😉

While talking with him last night, he told me that it was a turning point in his life when he decided to drop the act.  He said something that stuck in my head.

I wonder how many interesting personality traits that God specifically placed in people have been filtered out of their lives because of everyone’s self-conscious need to fit in with the world?

We talked about how Nadia doesn’t filter out her interesting behaviors because she doesn’t take into account that some things she might want to wear, say, or do aren’t the norm.  Can I just be honest?  Whether or not that’s labeled as an “autistic trait,” I admire that about her so much!

Now that my husband and I can look back at our childhoods, we see that despite our {unhealthy and unnecessary} desire to “fit in,” our quirks made us fail miserably no matter what we tried….. but, funny enough, we’re THANKFUL for that!  (And thankful for those friends that never wanted us to change in the first place!)  I can honestly say that I don’t think I’d be able to fully understand how ostracized Christ was if I didn’t experience something similar.  Being able to relate to those parts of God’s character brings me closer to Him through my ability to empathize with how He must feel to be constantly rejected all of the time!  (Granted, it’s not really the same considering I didn’t create the people who rejected me, but I can still semi-understand nonetheless.)  Not ever entirely fitting in has also kept me detached from the world at large- not in an unhealthy way, but in a way that’s honoring to Him.  I’m not attached to the “cool” things this world offers because I am already focused on something way better that is to come.  I could go on and on about why I’m glad I never fit in, but I’ll leave it at what I told my husband this evening-

Personally, there’s nothing worse to me than trying to fit into a world that we don’t belong in to begin with!

Before I sound like I’m holding a grudge or have hurt feelings, let it be known that I absolutely have forgiven anyone that has ever hurt me as a child and under no circumstances feel anything negative towards them.  In fact, I’m actually pretty happy about it these days because it’s brought me very close to my sweet daughter…. and when the day comes that she becomes aware that she’s “different” I’ll be able to say, “Yeah, me too!”

So instead of doing what I used to do and becoming a little frustrated that Nadia would rather play with the wood chips at the playground than join in on the jungle gym with the other kids, I now just follow her lead.  And honestly, the apple didn’t fall very far from the tree(s)-  She’s no doubt just like her parents. 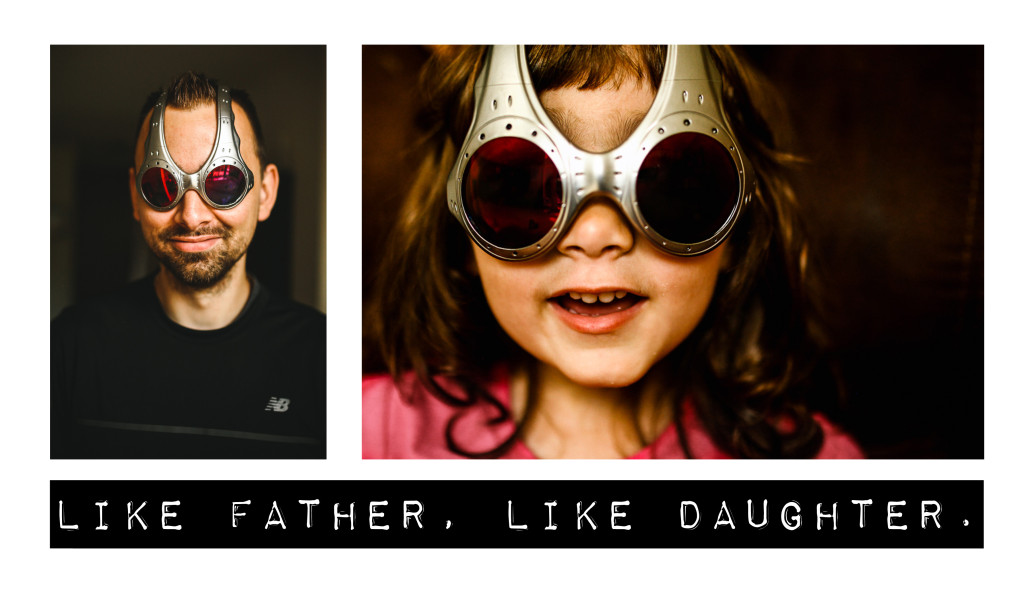 We went to the lake today, collected stones, and tossed them one by one into the water- she made the same repetitive noise each time while I giggled at her enthusiasm to play with something as simple as a piece of gravel that’s been walked over by thousands of people at the metropark.

I don’t make it known, but I do see the stares we get.  I see the parents who give disapproving looks when I appear to be “babying” her- We slide down the slides & ride on the swings together with her on my lap, and it’s worth the hip bruises I get because it’s the only way she can have fun on them and feel secure and safe.  I hear the other kids in the distance as they walk by and ask their mom or dad why that girl keeps making that sound over and over, and I’ve learned to just smile at their curiosity (and sometimes their parents’ lack of an answer).  And as hard as it is sometimes, I’m just happy I get to do all kinds of unordinary stuff with her.

I hope we’re always weird together. 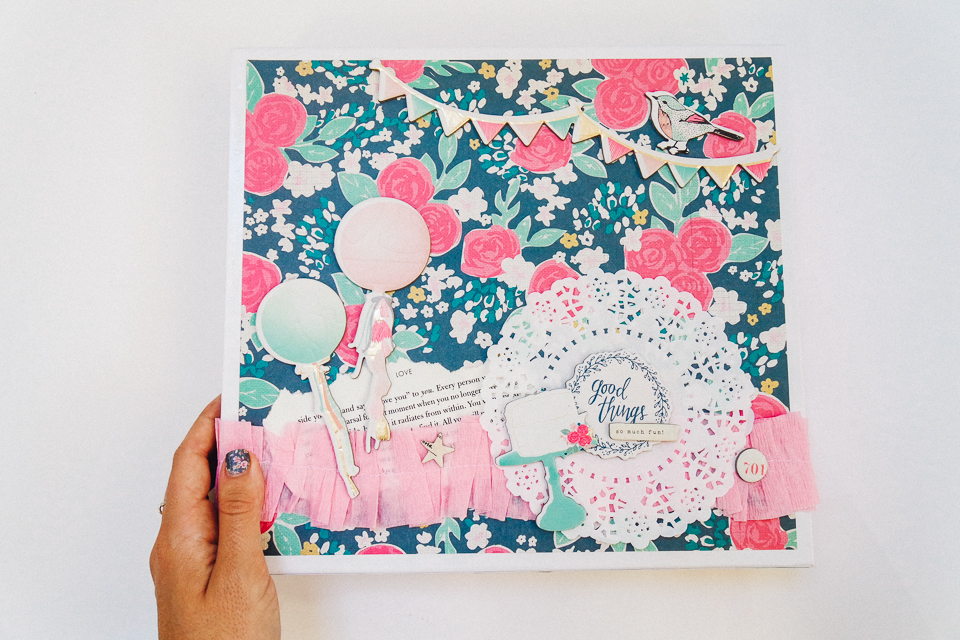 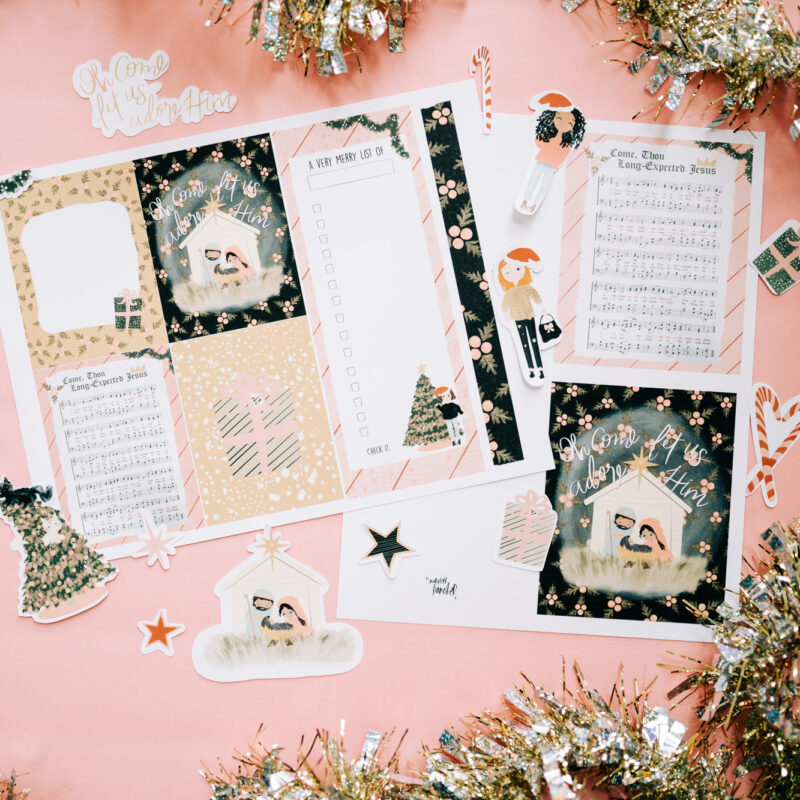 Adore Him– New on Etsy + Freebies for You! 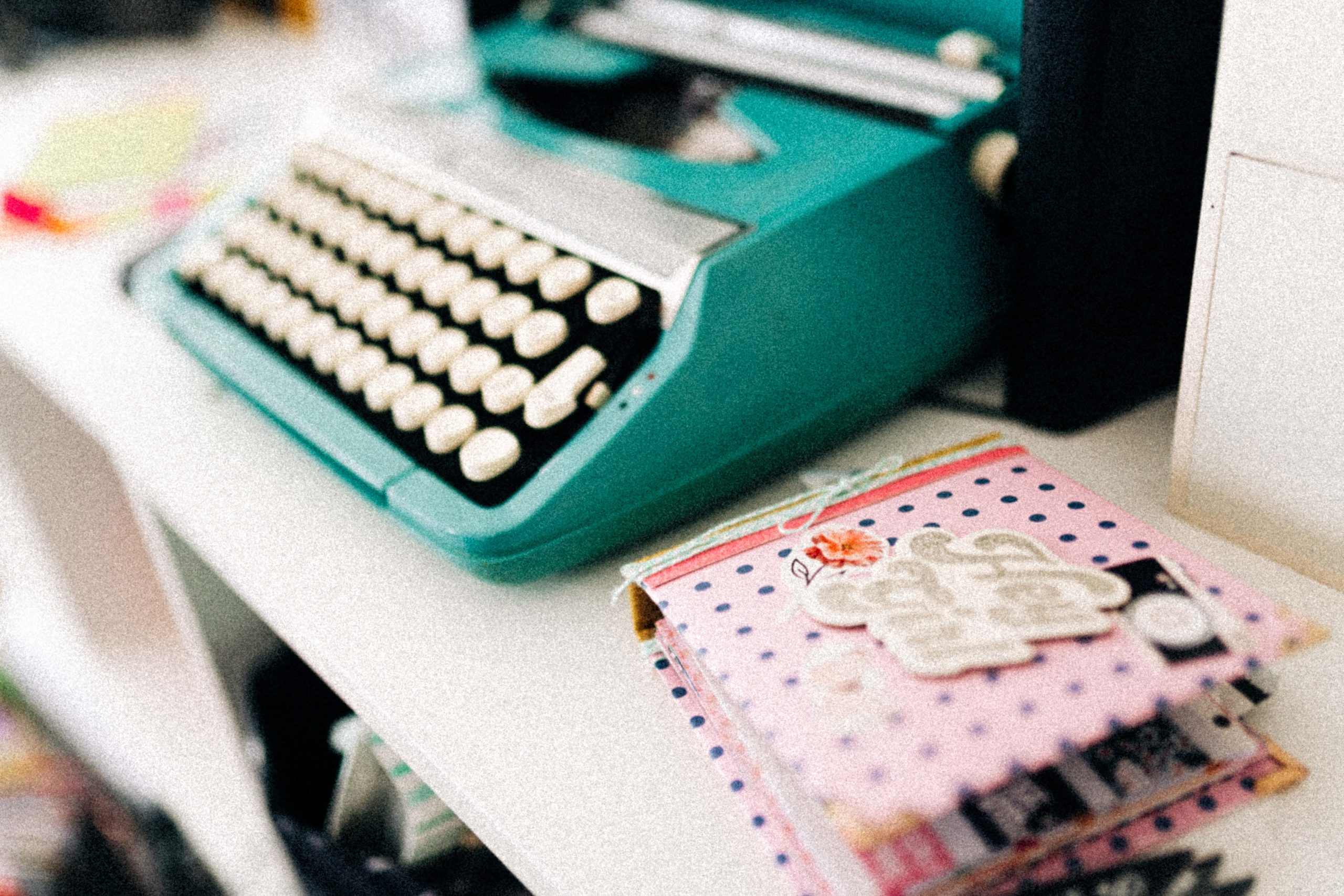 Creativity & Caring (too much)