October Daily… I went into this project thinking it would help me learn to love the month I least enjoyed, but as it turns out, I’ve finished my album and somehow dislike the month even more than when I started.  (It really has everything to do with the fact that five days in, Powder died.  That just flat out sucked.  Big time.) 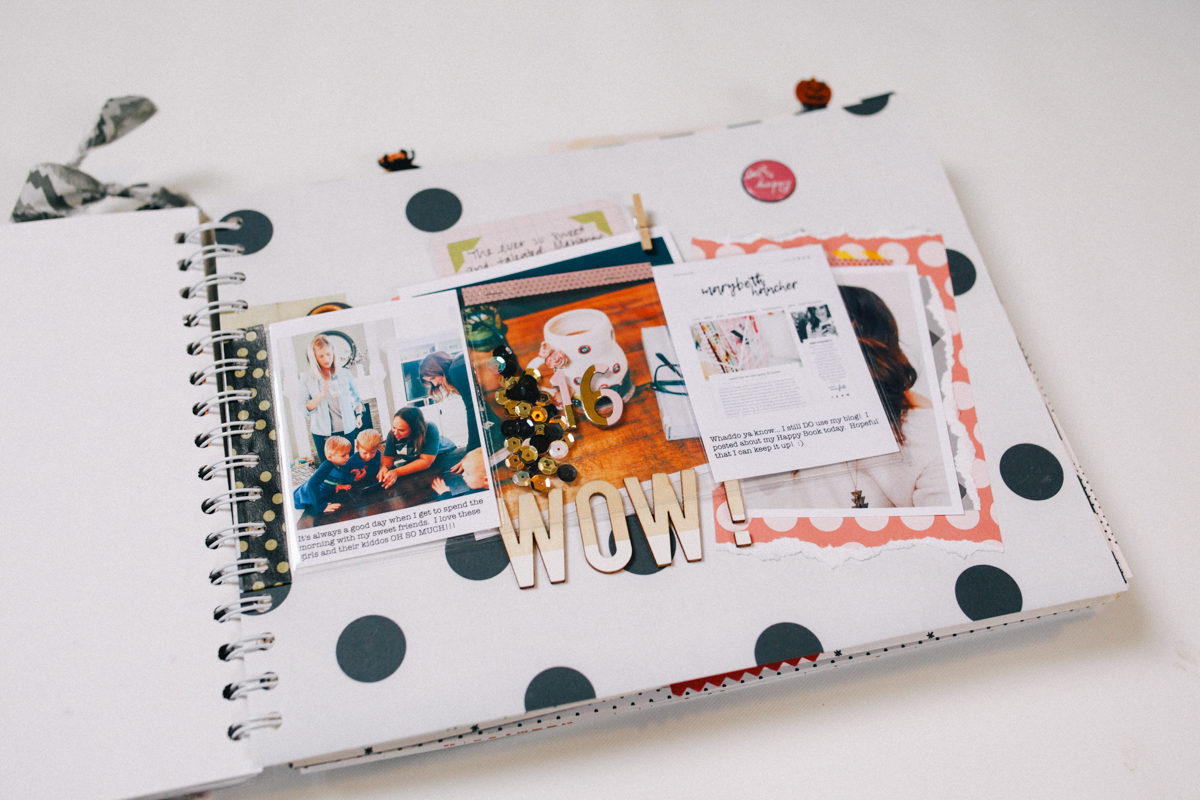 Although I finished the album strong, in all honesty, many of the pages felt very forced!  In a way, that’s a good thing that I had a project going on that literally made me find the happy moments to document.  But I didn’t necessarily enjoy it, and I’ll likely not be doing one of these albums again.  Here are a few reasons why:

1.  I only have a select amount of time to devote to creativity in my day, so filling that precious time by working in an album I wasn’t exactly 100% in to felt like I was cheating myself out of something.  I think I would have rather devoted that creative time to starting the handmade Christmas gifts I planned on giving to a few people.  Now I’m feeling rushed! 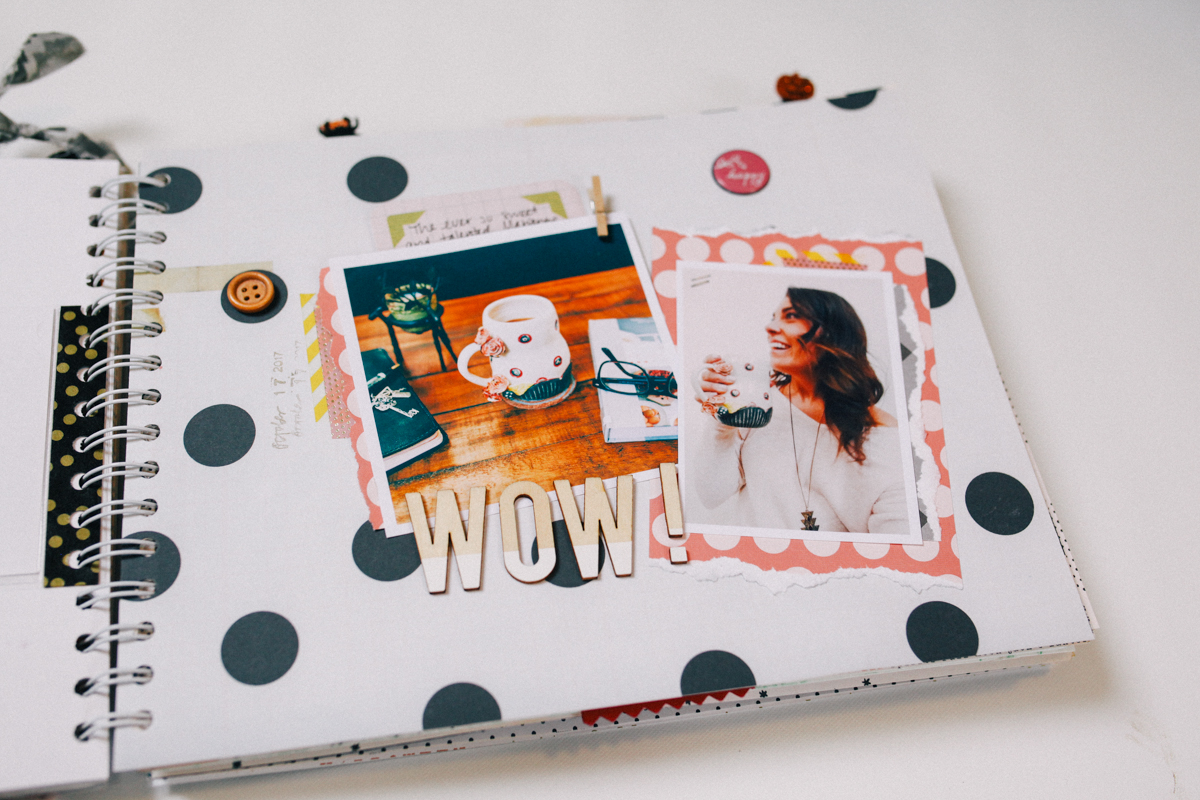 2.  With only one month in between projects, I don’t think doing an October Daily and then a December Daily soon after is something I’ll necessarily enjoy.  I get really excited to do my December Daily album, and I found that halfway through October, I was dreading finishing it because all I wanted to do was get out my Christmas papers and plan my one big yearly project that I always look forward to doing.  Given the choice, I’ll pick December for my “one big separate album” month every time. 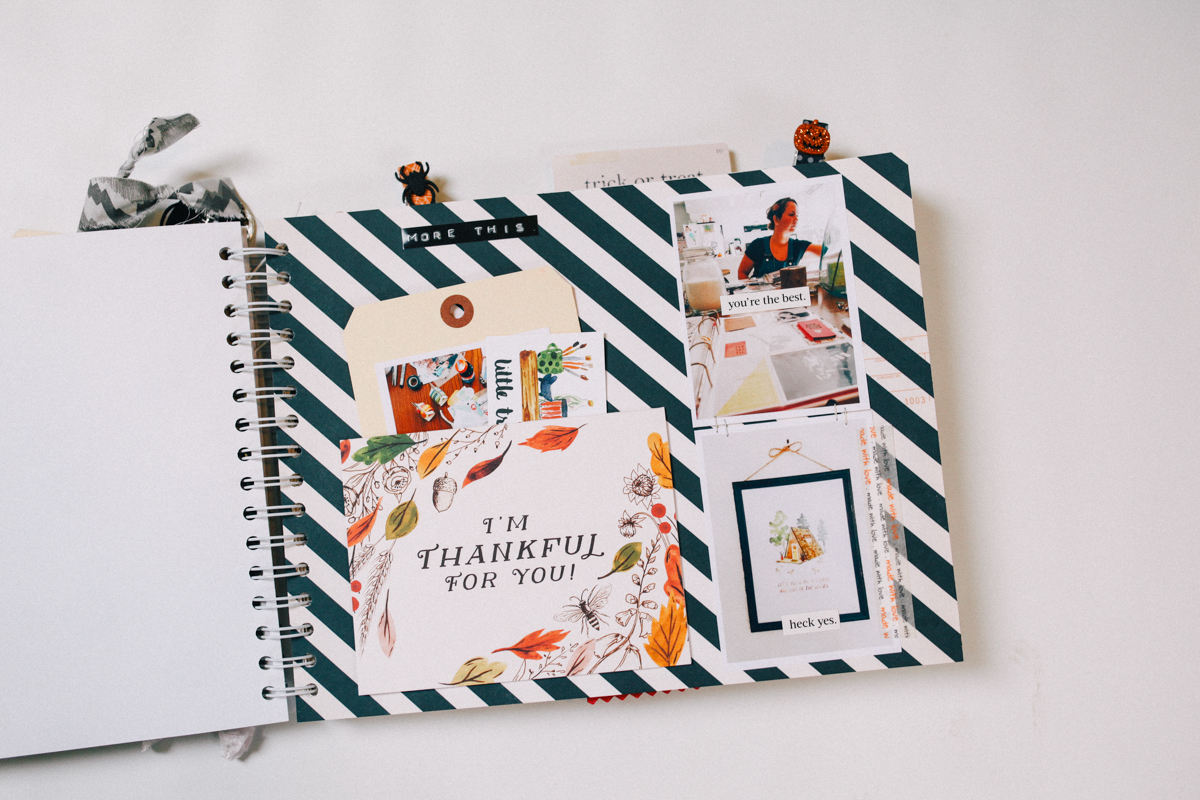 3.  This one is super petty but honest- I’d rather just play in books with colors I like.  You know, pinks and such.  Sure, there are some Halloween papers that are nontraditional, but I didn’t have them already and I’m trying to use up what I’ve already got, so I played around with lots of oranges this month… and being around the color orange too much makes me hostile.  LOL!  Yes, you read that right.  Apparently, my husband told me there was some study done that actually showed that orange has that effect on people. Sounds CRAZY, I’m sure, but it’s true.  That’s why I had to add in pinks and teals throughout because I was really getting irate.  😉  Ok, not really “irate” but I wasn’t nearly as happy as I usually am, and I suspect it was because I wanted to be playing with my “happy colors.”  (Side note:  When we moved into our house, the upstairs loft that I use as my craft room was painted orange… I noticed that I was feeling really anxious every time I went in there and even felt angry at times for no reason, and then we painted it white and all that anxiety went away.  Clearly, I’ve got some bizarro sensitivity to that color!) 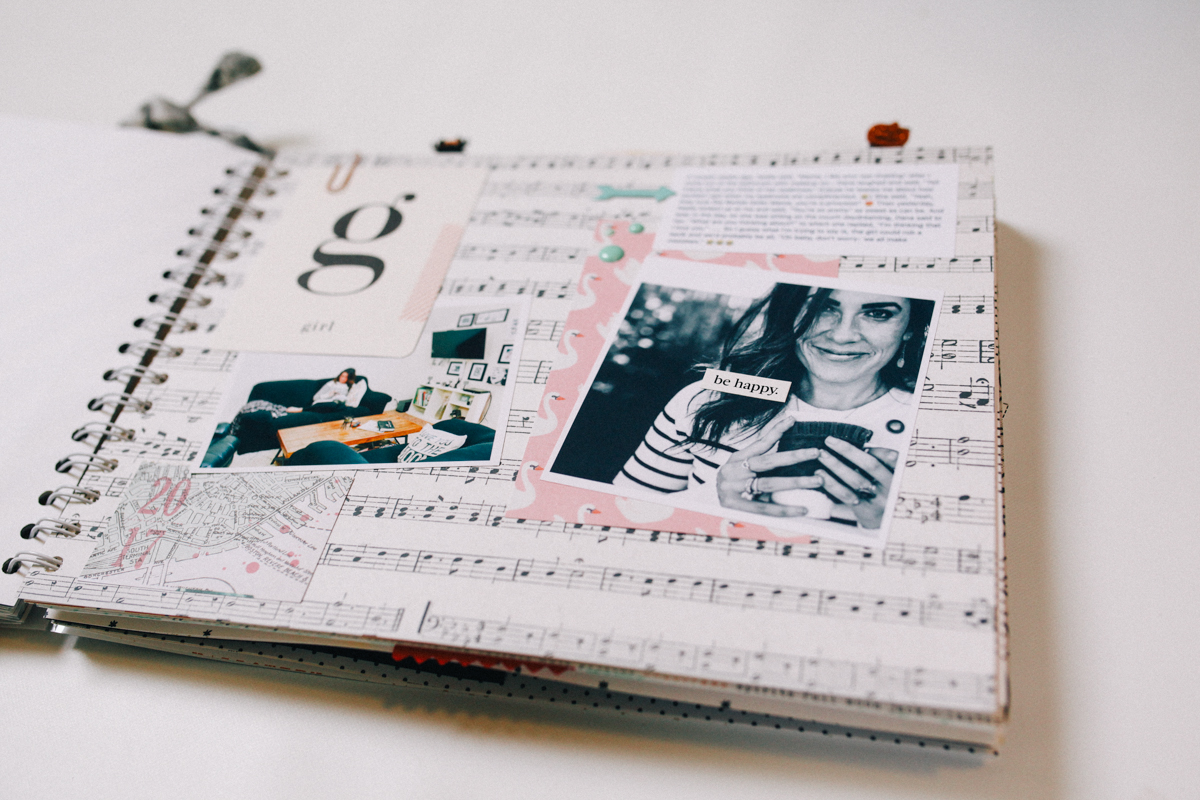 All that being said, here are the rest of the close up photos of the pages I created in my book. 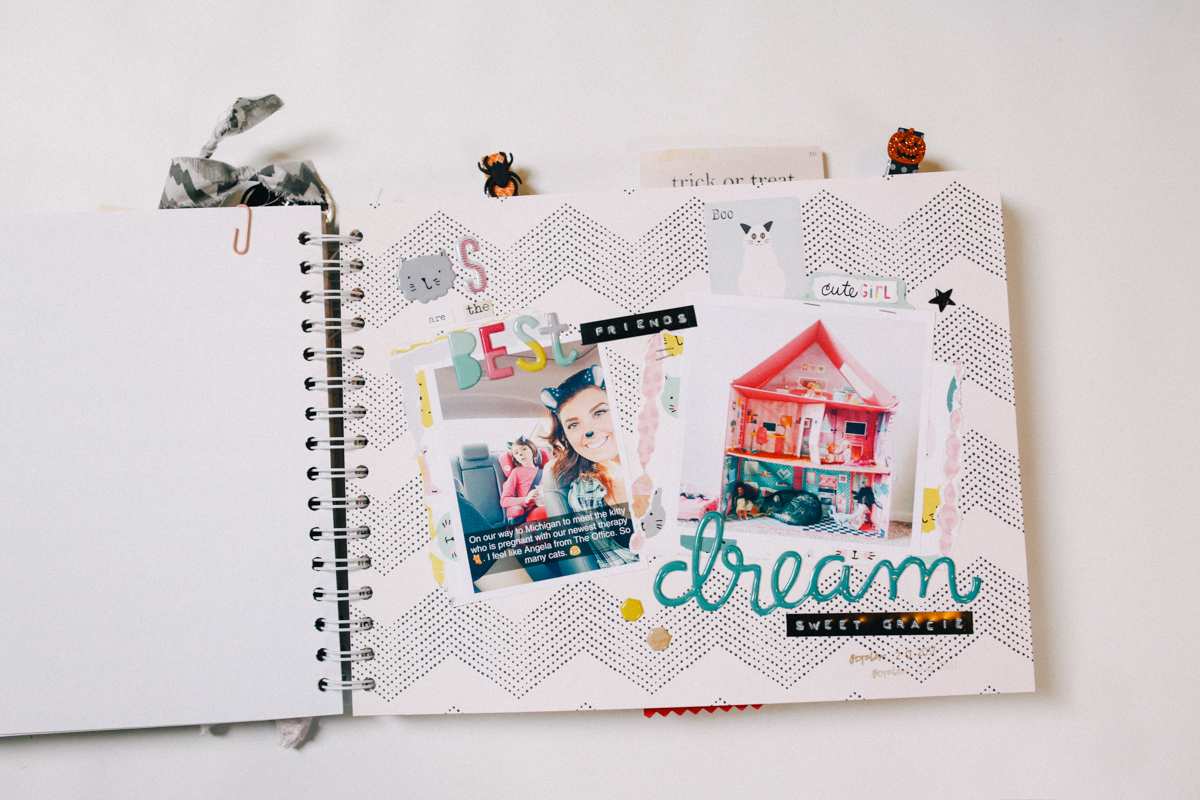 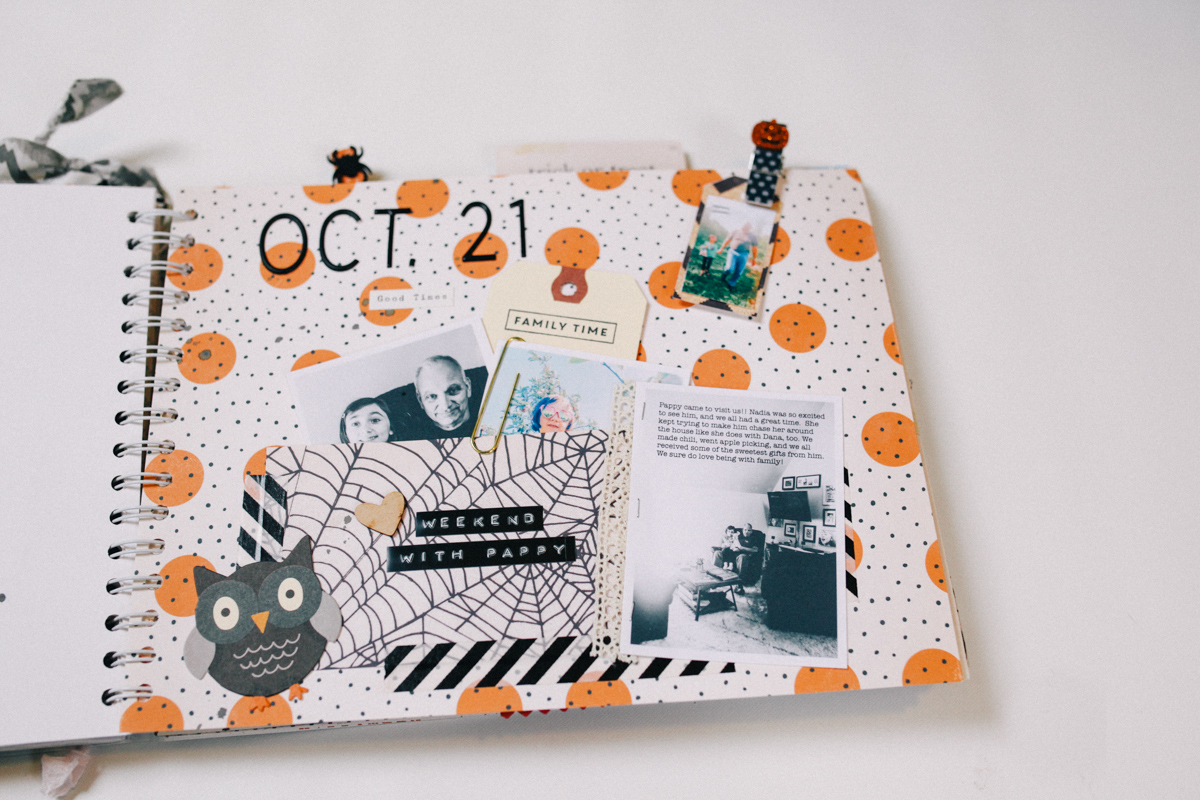 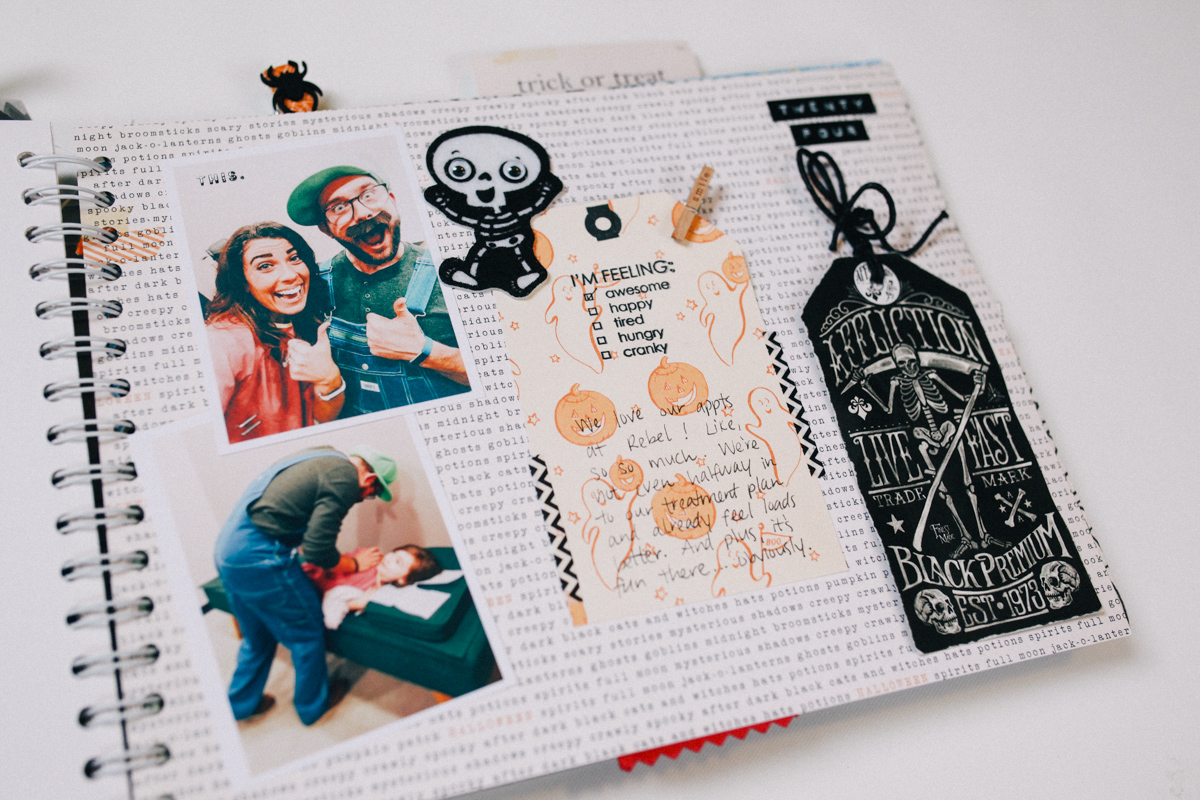 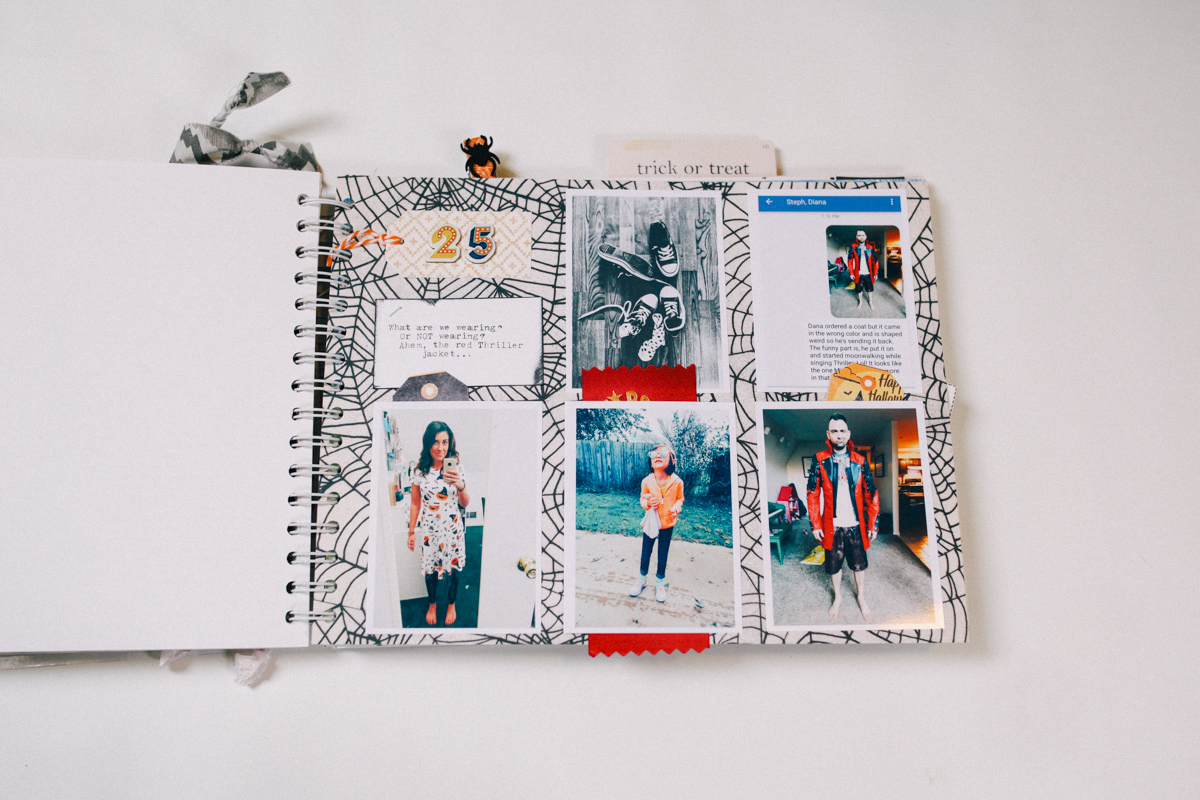 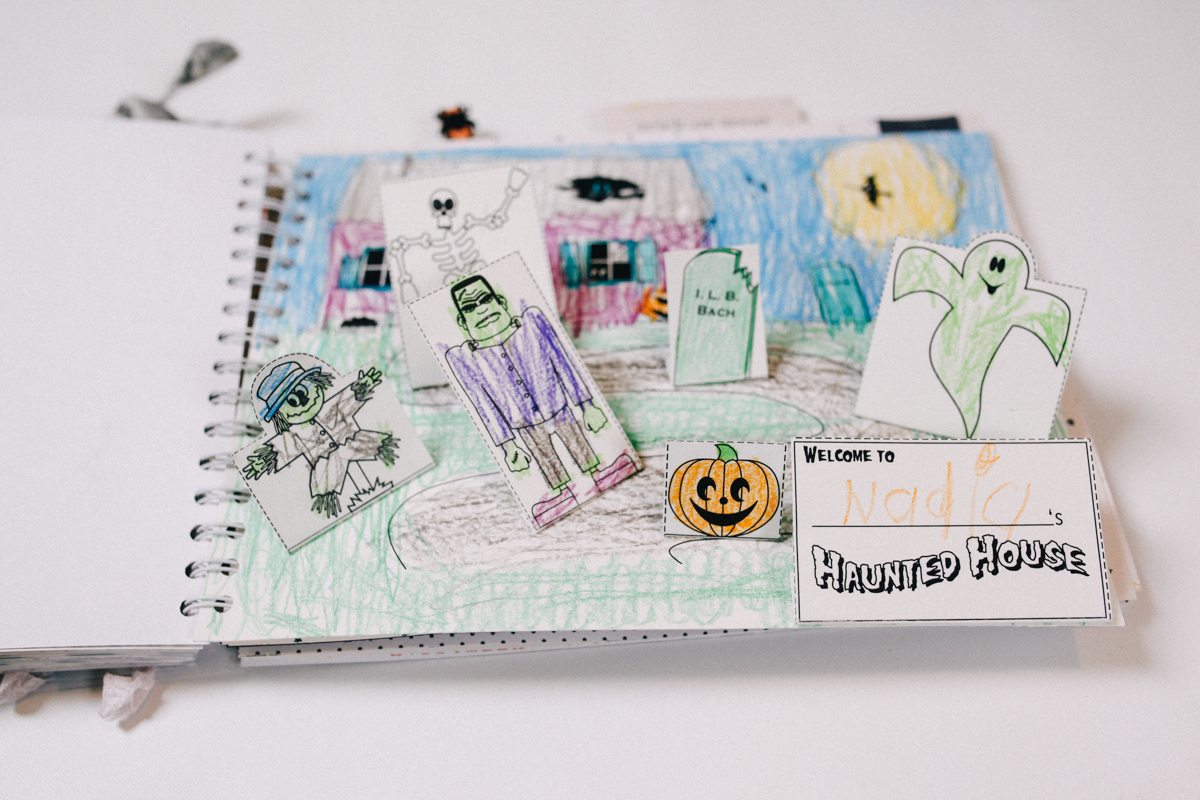 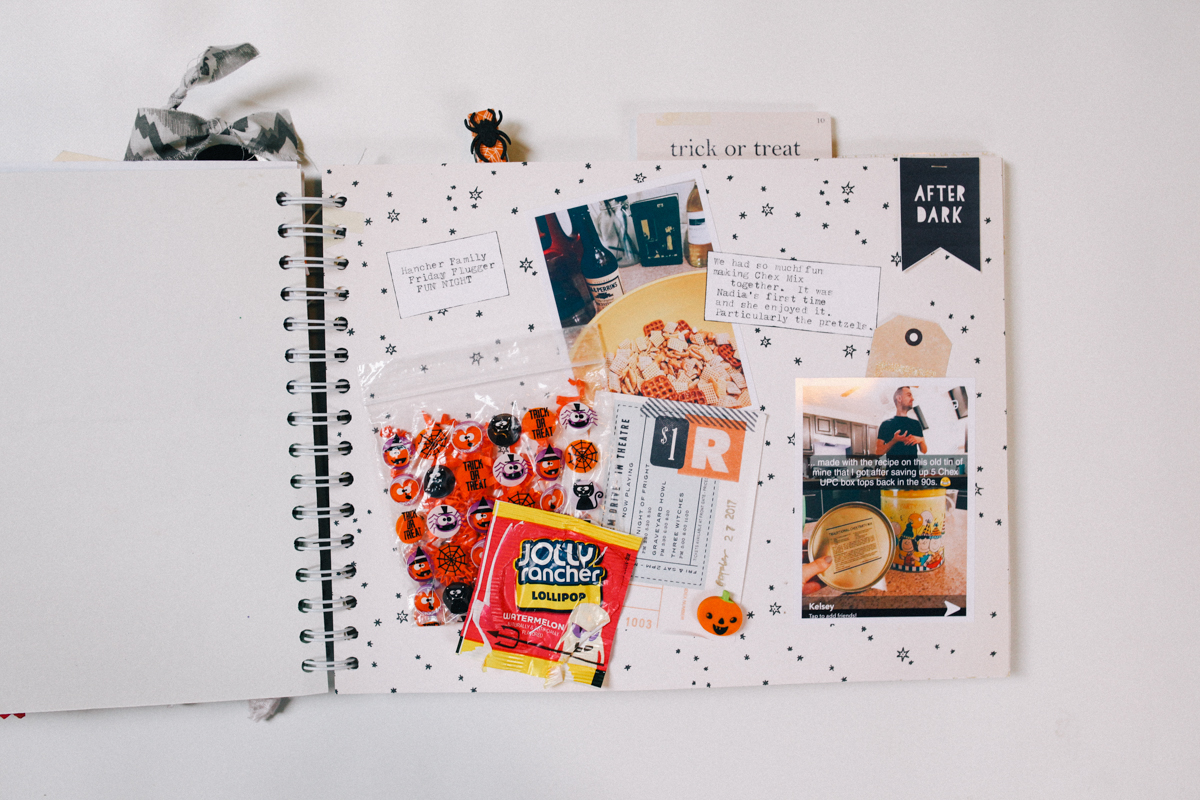 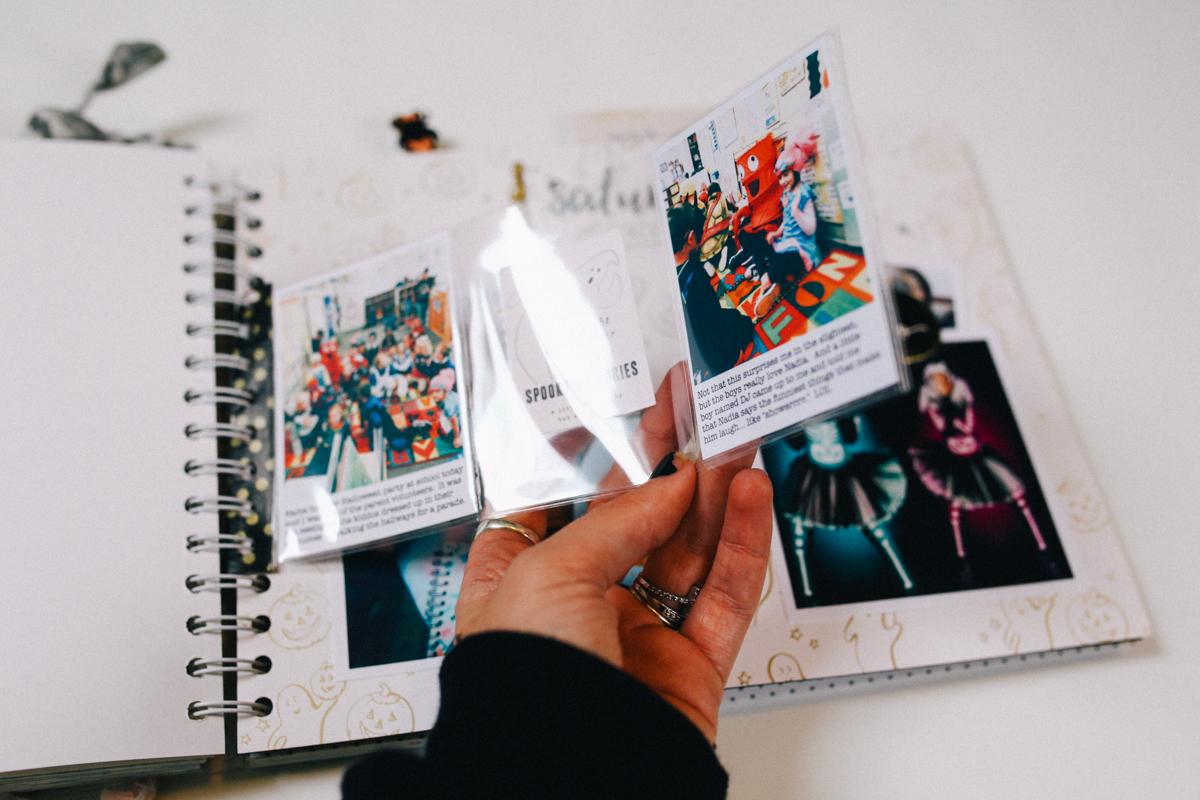 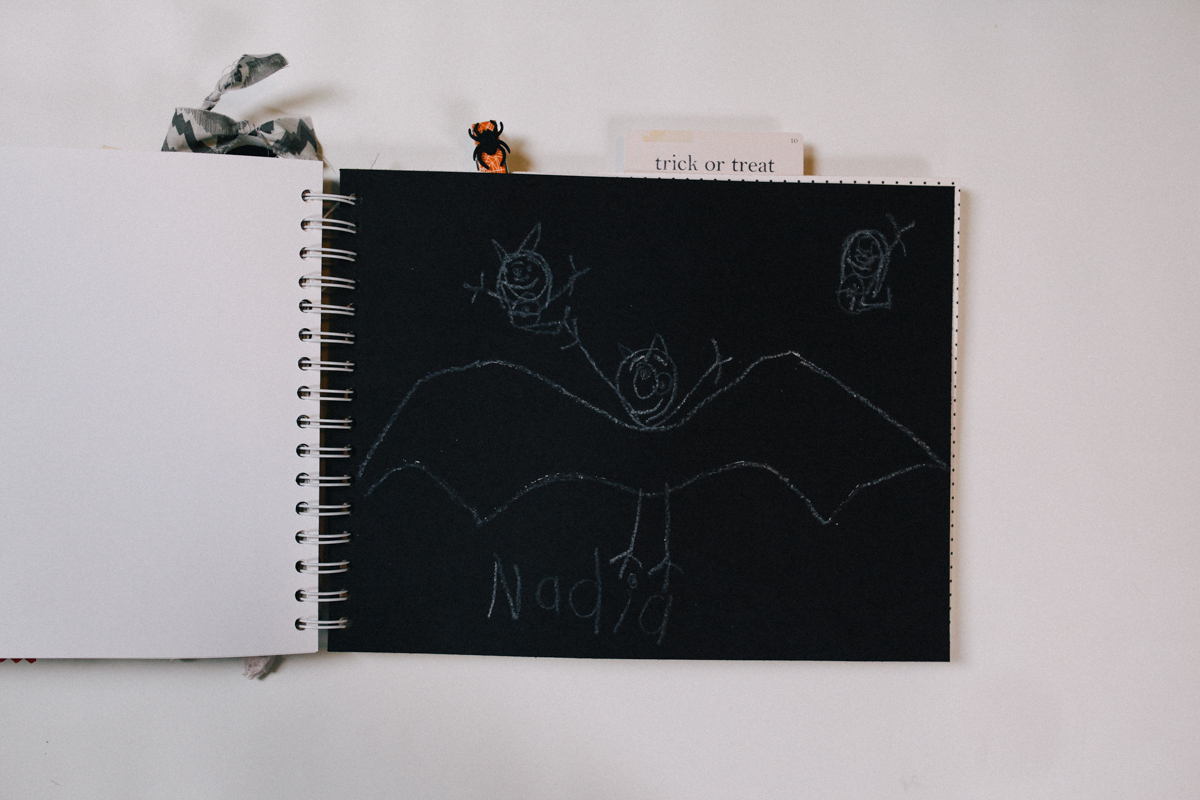 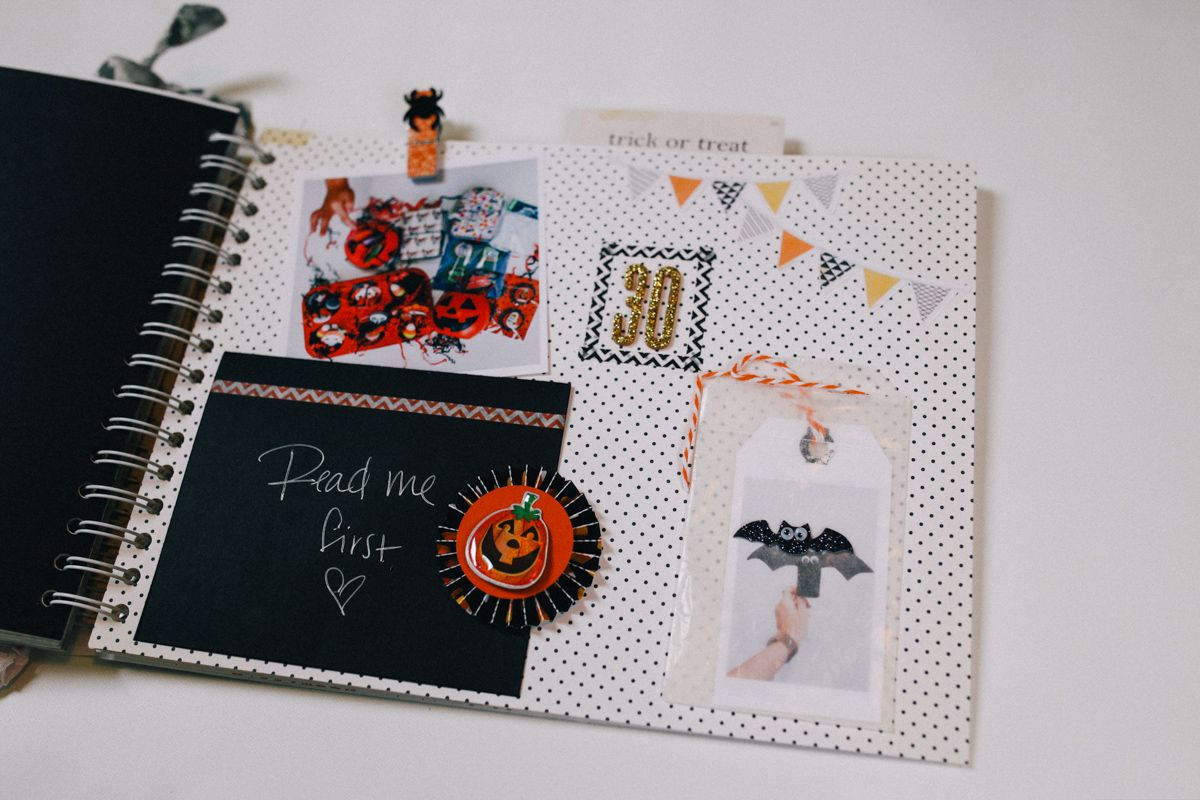 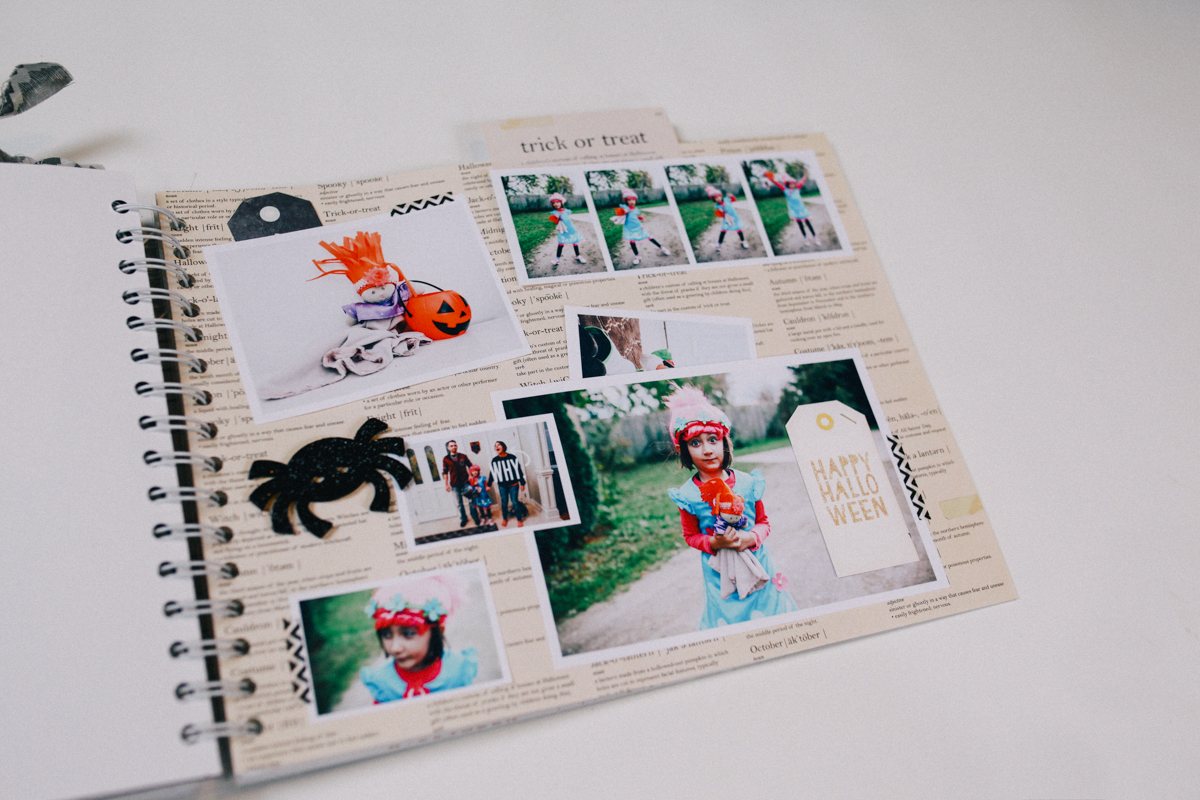 There ya have it!  Even though it wasn’t my favorite project to do, I am glad I didn’t give up and at least completed the album.  I’ll still be printing out some of these photos to put in my regular Project Life album (because I at least like to do one spread per month in there so there’s not a huge gap in time), but for the most part, I’m done with October and ready to take on November.  🙂  Thanks so much for taking a peek into my book this month.  If you’d like to see a video flip through and hear more of the stories behind the pages, watch here: 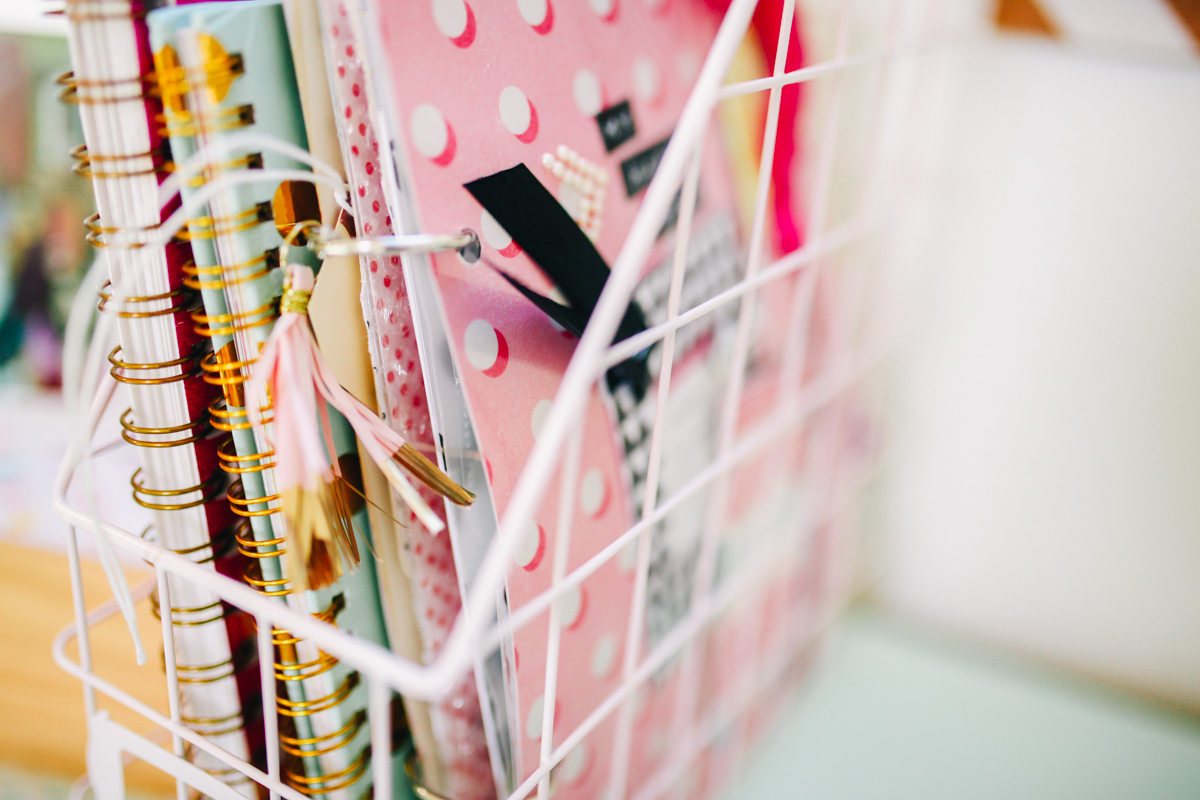 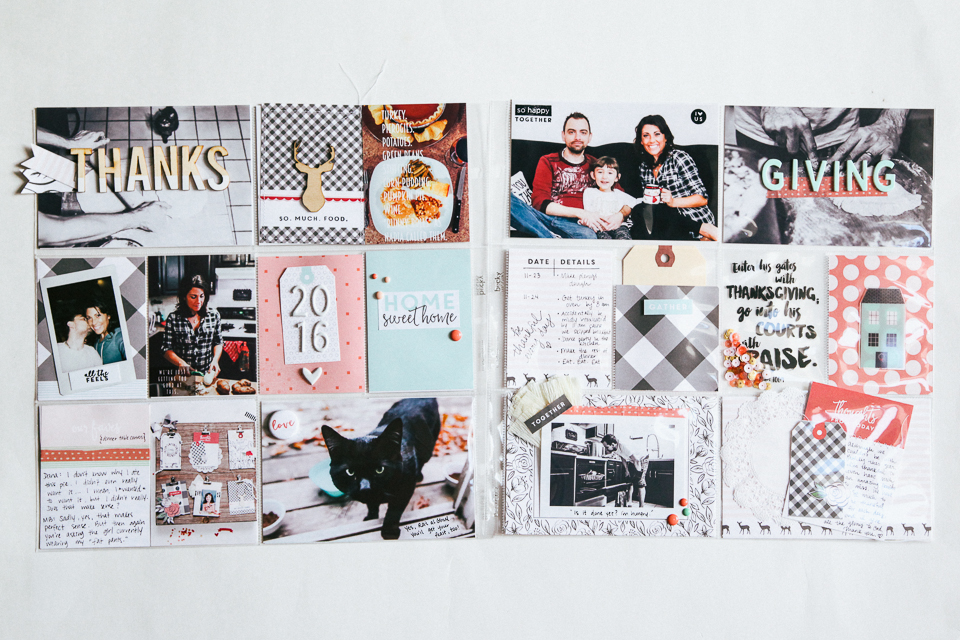 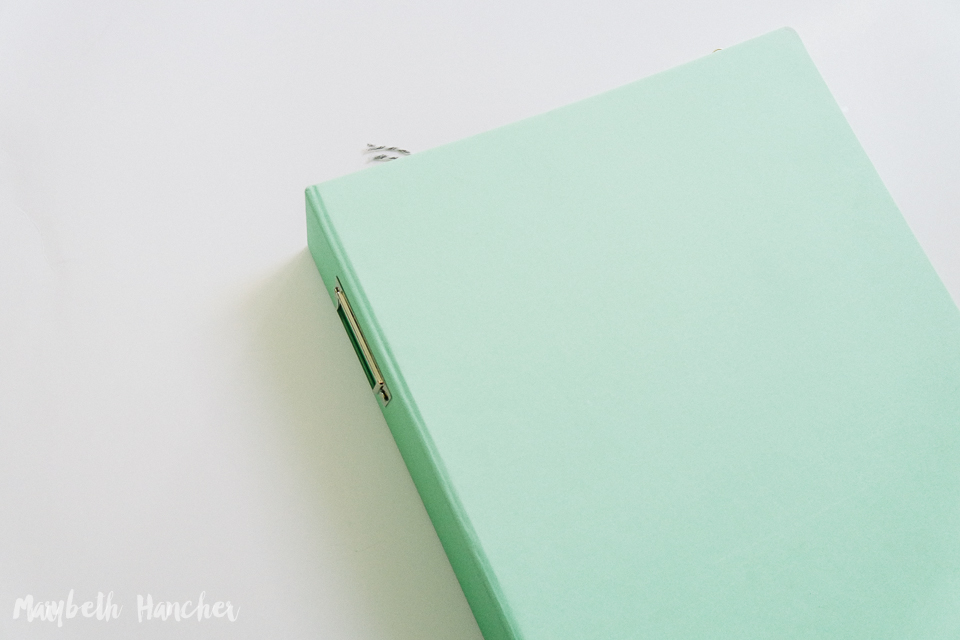