Another week in January has gone by so that means I have a scrapbook layout to share!  If you missed my first post about this yearly project of mine that I started, read it here.

This week I used my gorgeous Felicity Jane paper to document one of my Instagram posts that really summed up my feelings this week.  I’ve been practicing speaking to myself more kindly and running directly into the things I was afraid to try with confidence and strength, and man, does it feel good! 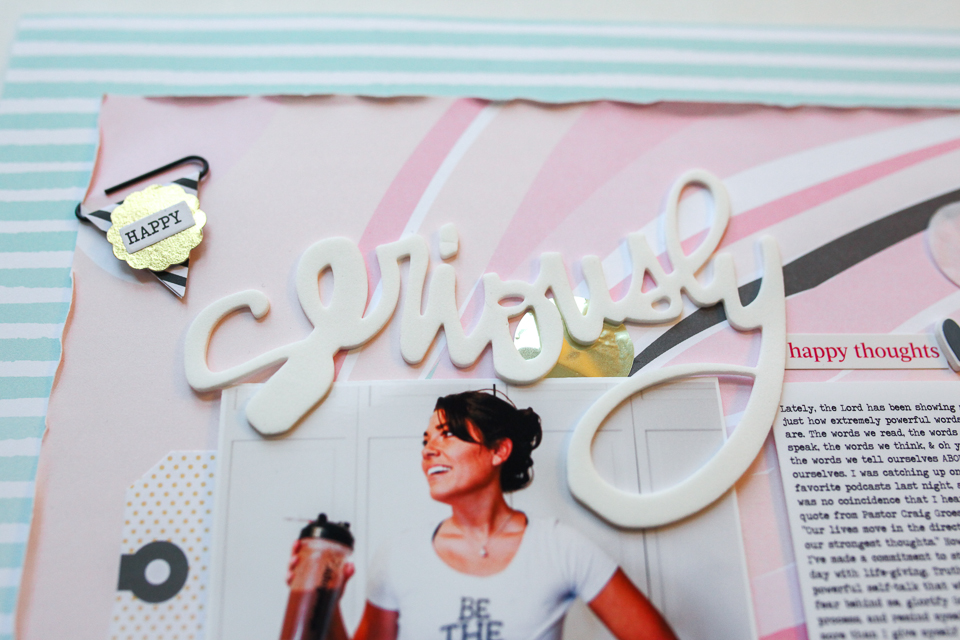 My friend Kelsey owns a clothing store with her husband called Rebel Apparel, and I absolutely love their slogan, “Be the Buffalo.”  It’s on a lot of their pieces, and I have to say that when I wear my Rebel shirts, it’s a great reminder to me that God has made me much stronger than I give myself credit for.  He never says to run away from the tough stuff or the conflicts in life but instead reminds us that there is purpose in it.  That He will be there through it all.  And I have to say that I’ve never run into a storm like the buffalo and NOT come out of it stronger and better and more disciplined. 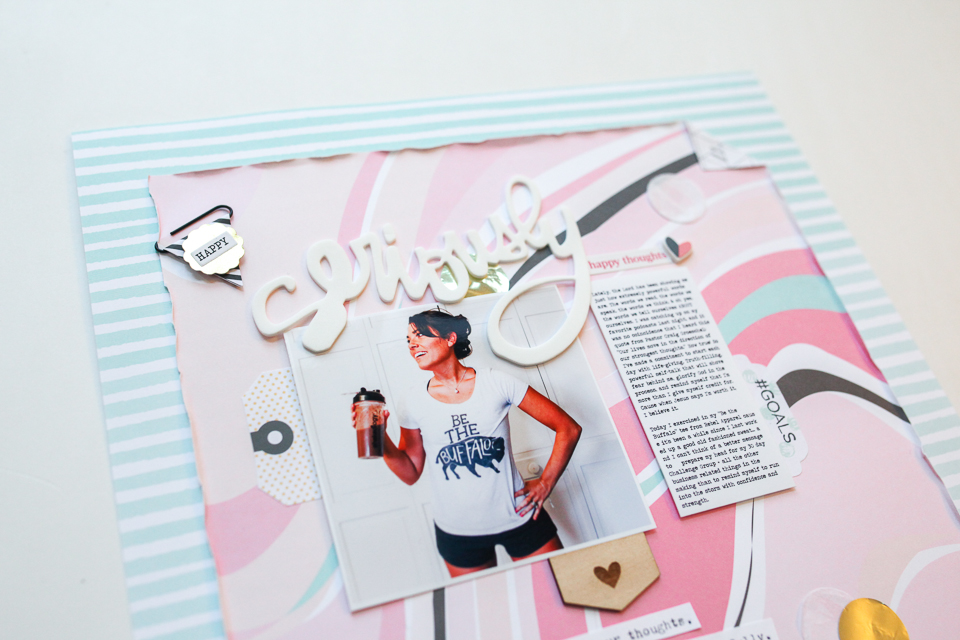 That being said, since taking the time this week to change my thought patterns, by practicing speaking Truth into my life each morning, and by diving head first into things I’ve wanted to do so badly but was afraid to try (more on that later!!), I’ve had a very happy week.  Seriously happy!  Which is why that’s the title of this layout.  😉 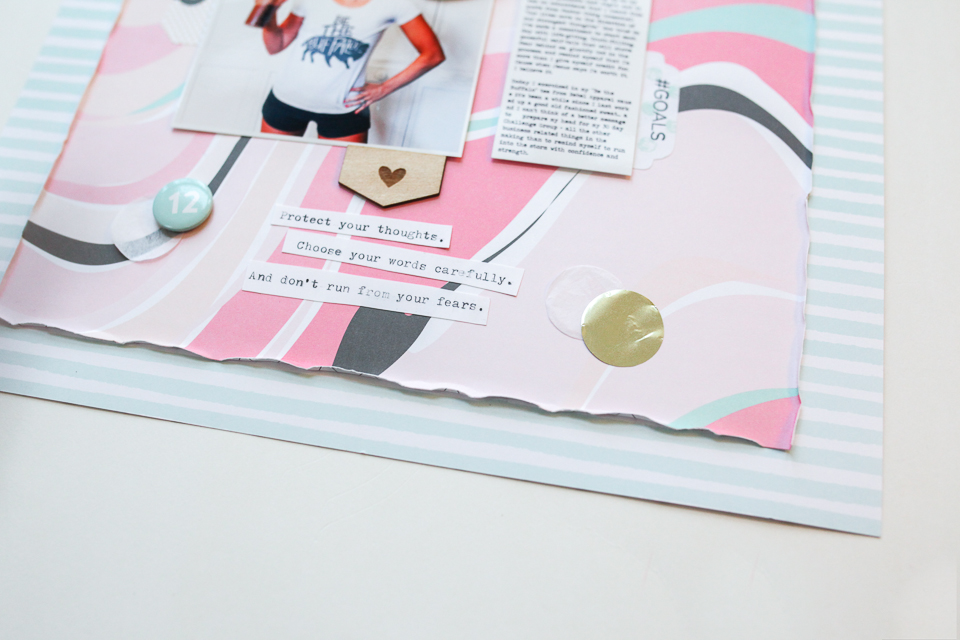 So here’s to beginning a new year charging headfirst into what lies ahead, kicking my fear of failure to the curb, shutting down my self-destructive thoughts, watching my words, and rediscovering the strength that Christ has given me.

It’s gonna be such a good year, y’all. 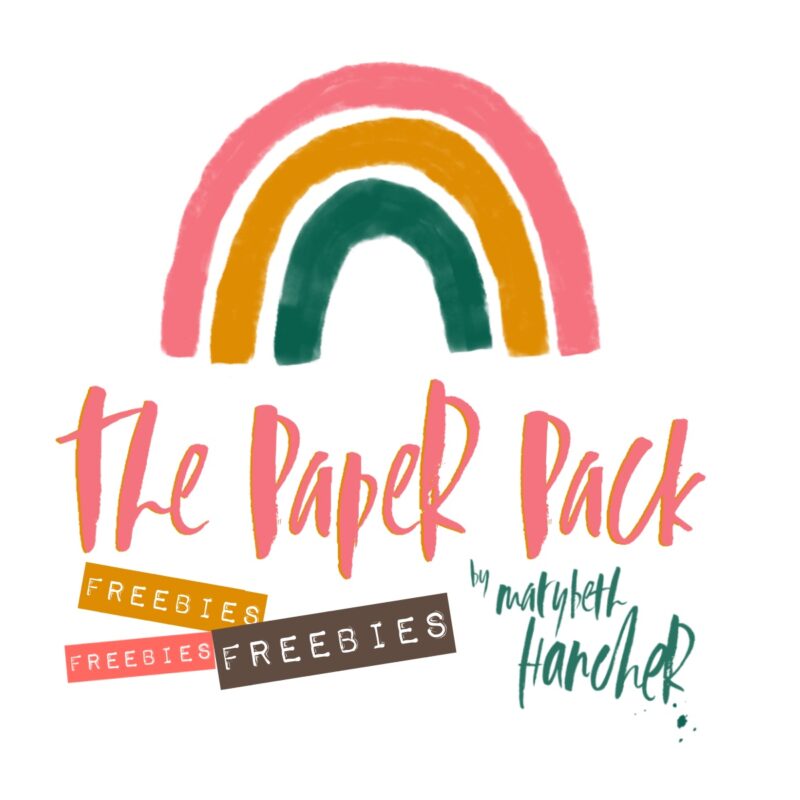 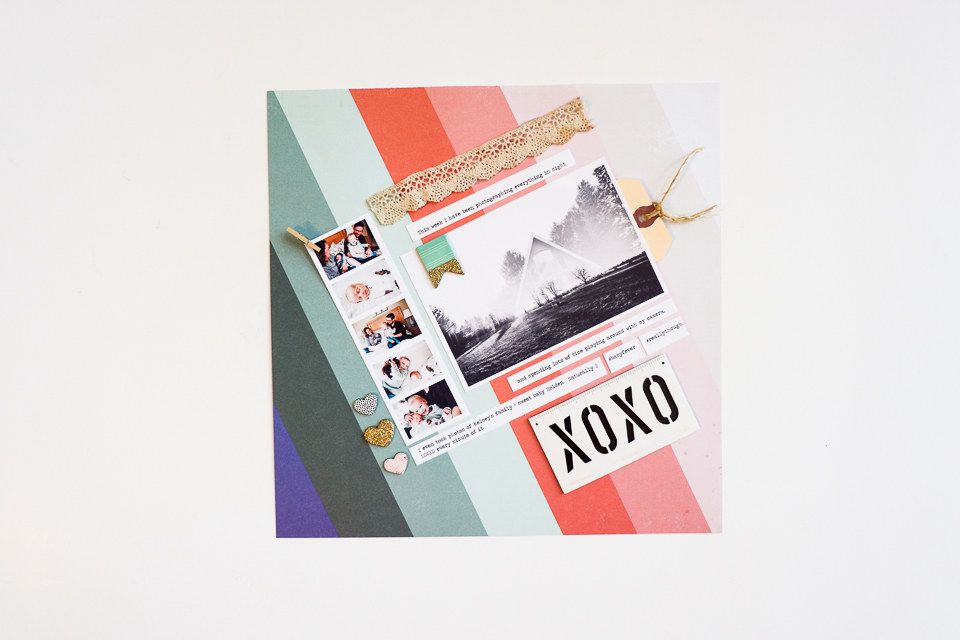