Hi, all!  So maybe there’s nobody in the world that would care about this aside from my immediate family (LOL!), but I’m going to post it anyways… cause it’s my blog so I’ll do what I want.  😉

If you missed it, a couple weeks ago I posted about starting a summer school type of routine with Nadia at home.  And I’m here to say, so far so good!  She’s making excellent progress, and she actually really enjoys it.  (As do I!)

Today we reviewed the lower-case letters that she has already learned to write (she’s been writing in all capitals for a while now, so I figured it’s time to teach her the little ones, too)… And I was so proud of her that I had to bust out my camera to snap a few photos. 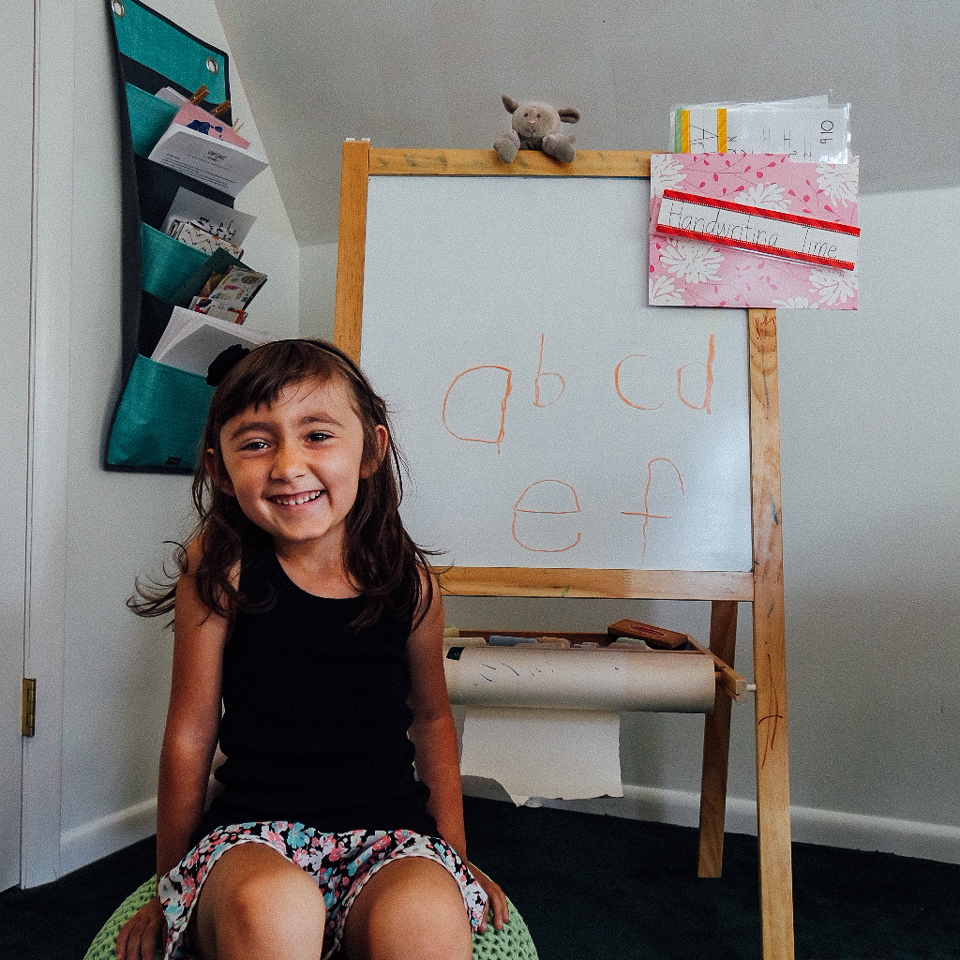 So after reviewing a-f (and rocking it, by the way), we started the letter g.  🙂 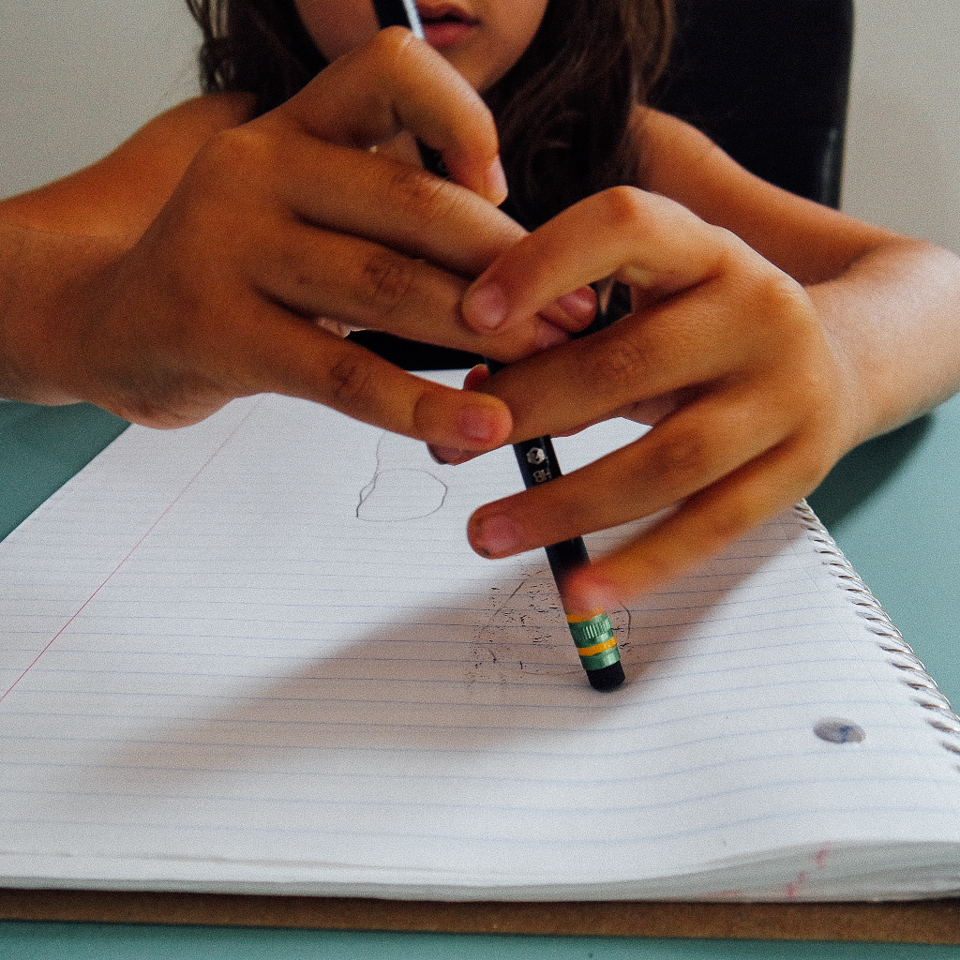 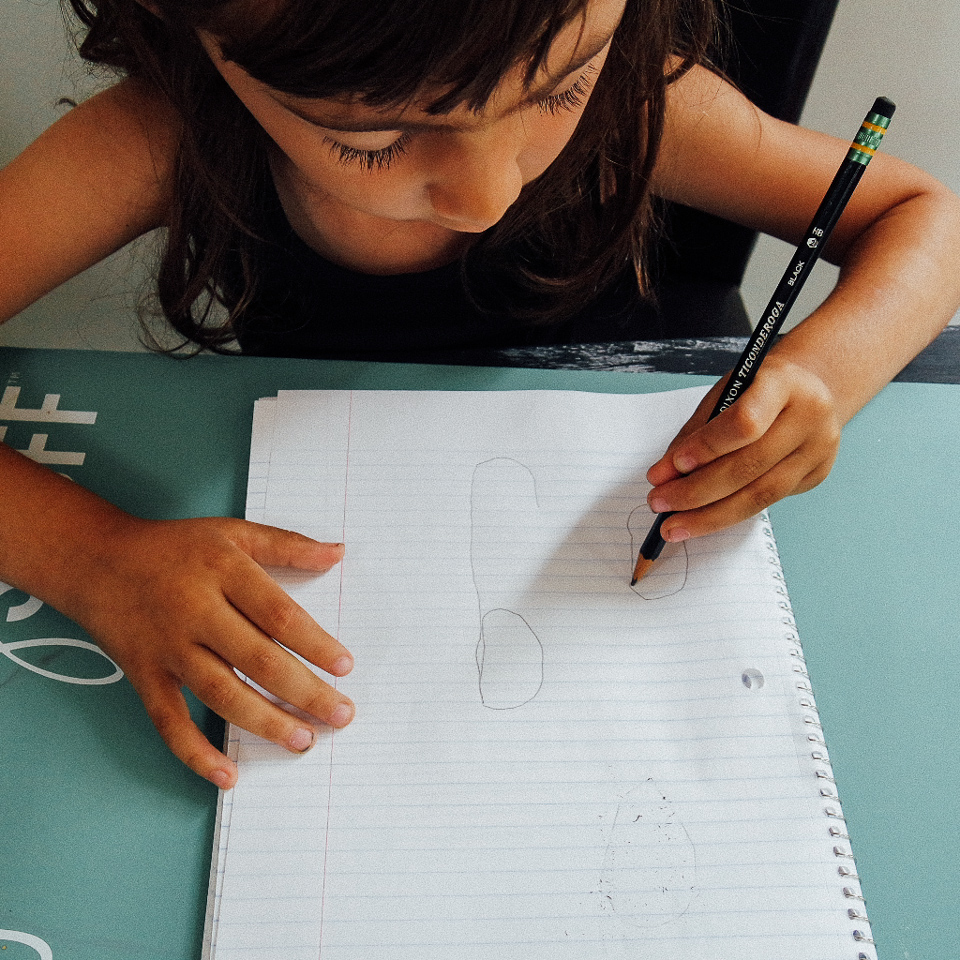 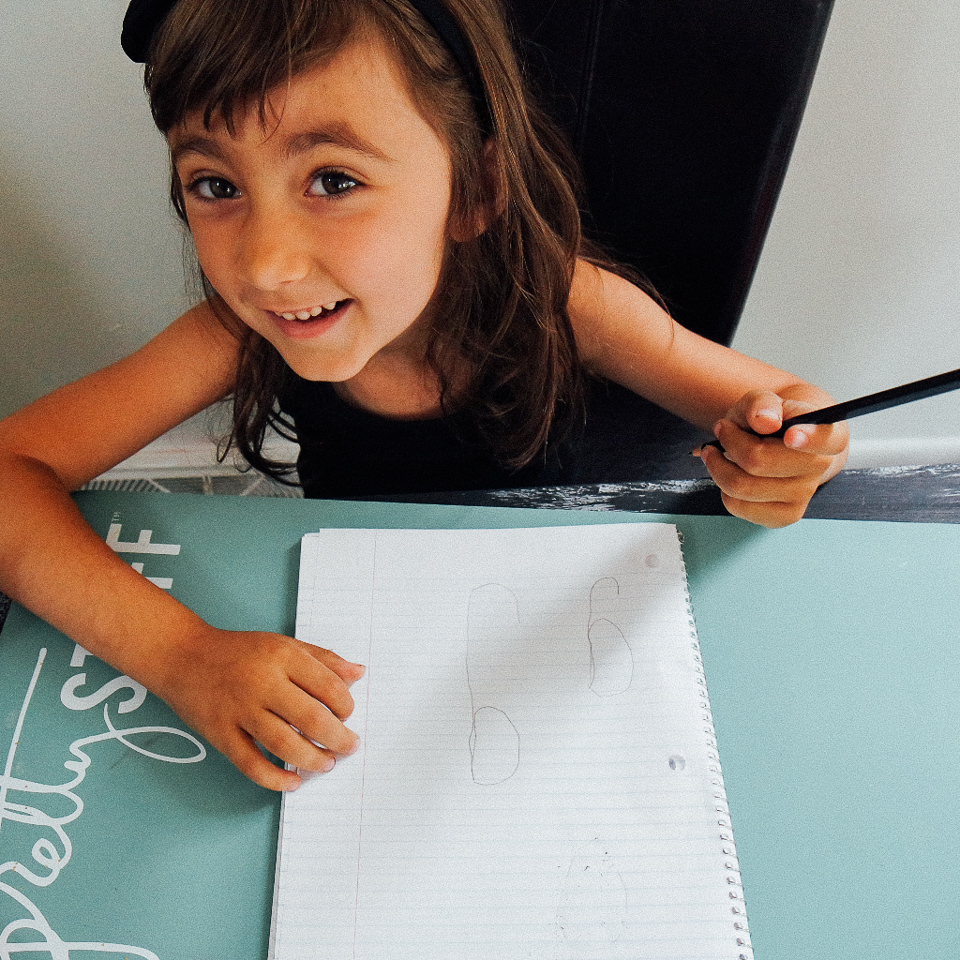 A little later on, we had story time, and she picked out a book off her bookshelf that we’ve read since she was wee little.  It’s called “In Grandma’s Arms.”  We then got to talking about how the illustrations have a quilt-like appearance, which led me to our art project… 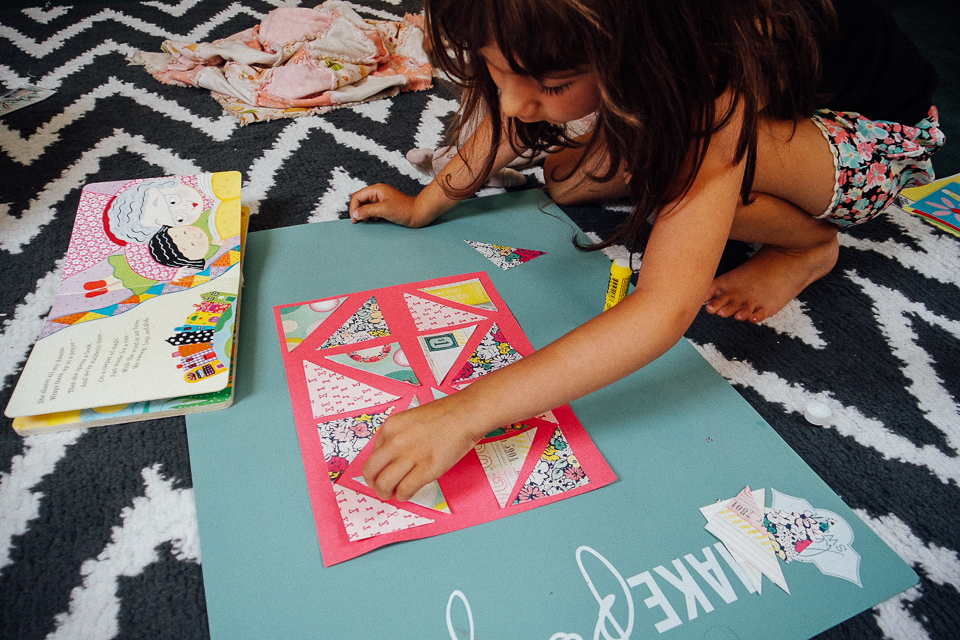 A paper quilt!  😀  Lord knows I have a whole room full of paper scraps, so this was a fun way to use them up.  😉  She cut them into triangles, and then we glued them down to hold them in place before running it through my sewing machine. 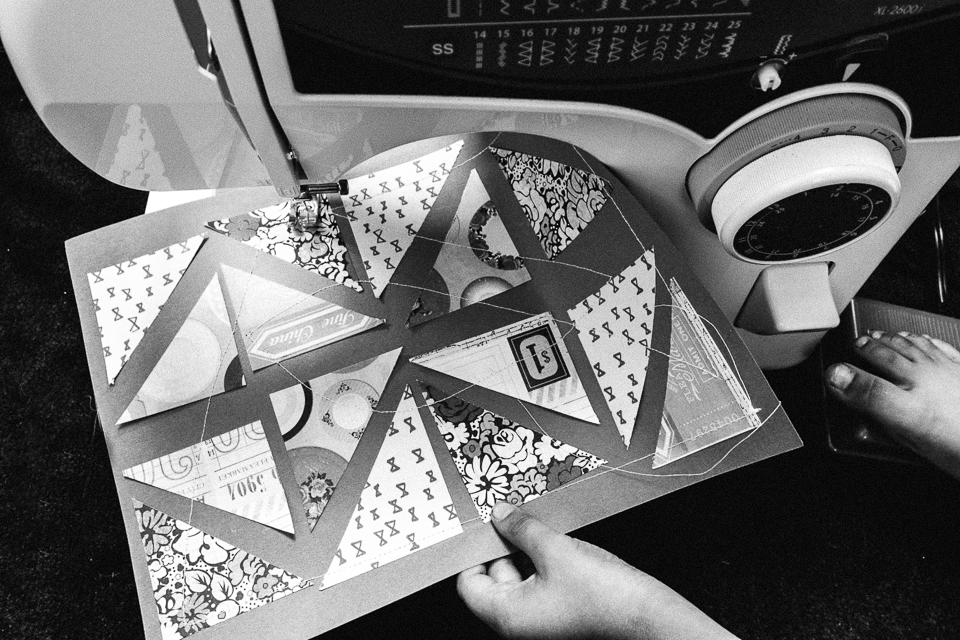 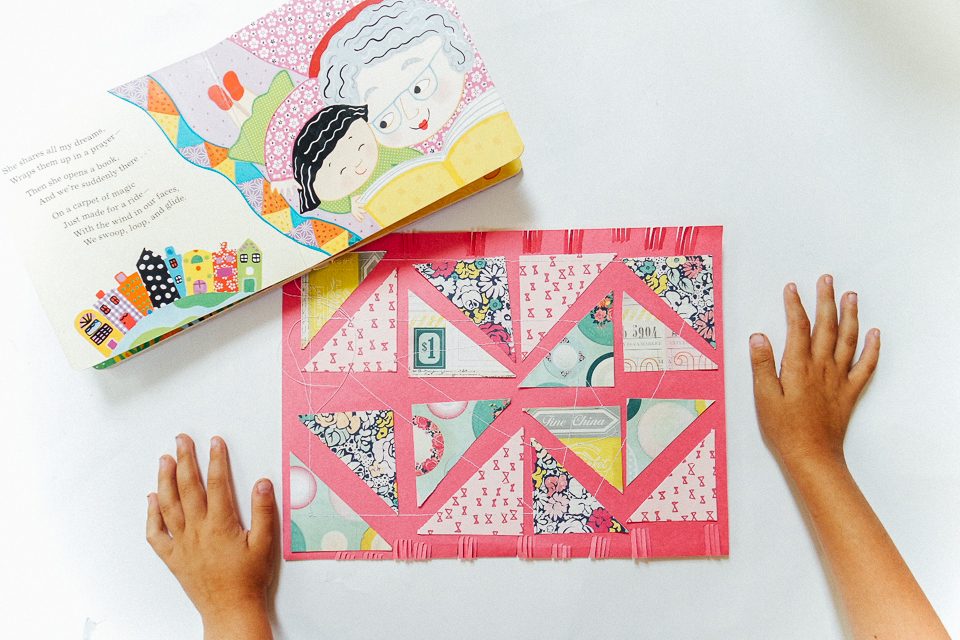 I’m super proud of her for following directions so well, and being so motivated to learn how to write her letters properly.  I know it’s not easy for her, especially since she’s left handed (and you know how lefties have to write everything in a way that feels backwards… at least until elementary school is over & then they can just write how they want!)  But she’s doing an awesome job, and I can tell that she’s very proud of herself, too.  🙂 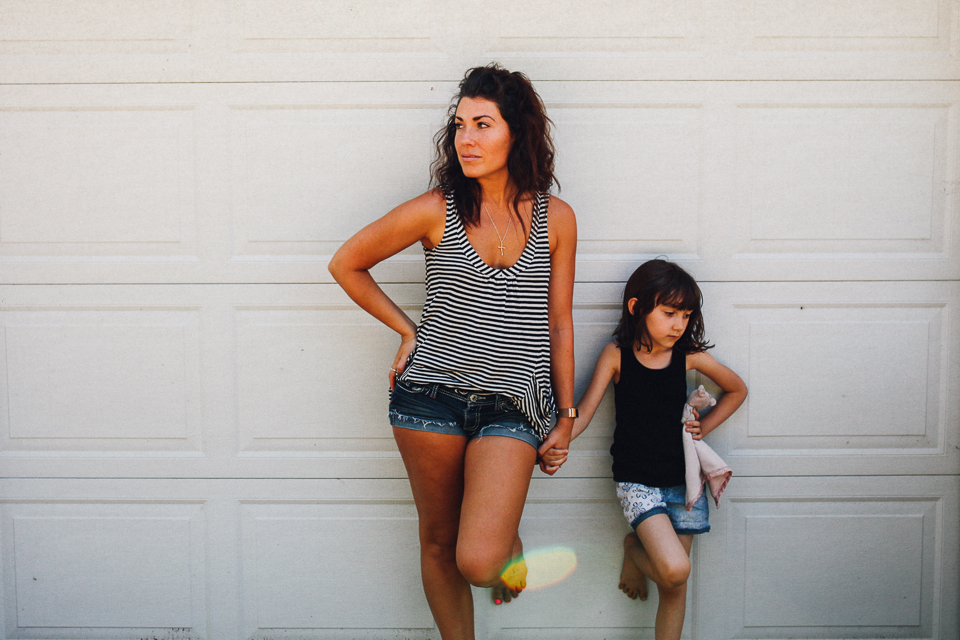 To The Little Girl Who Calls Me Mama 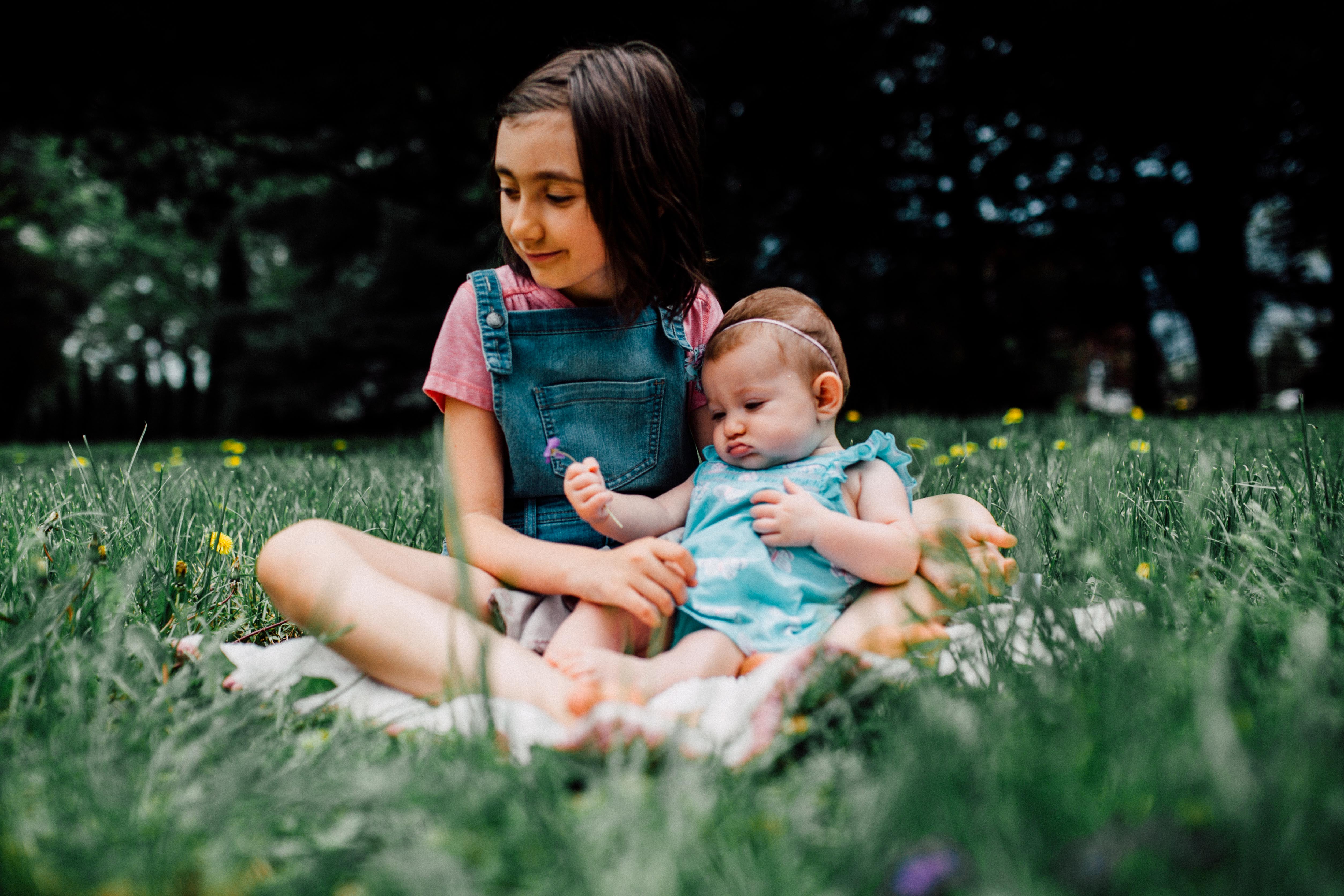 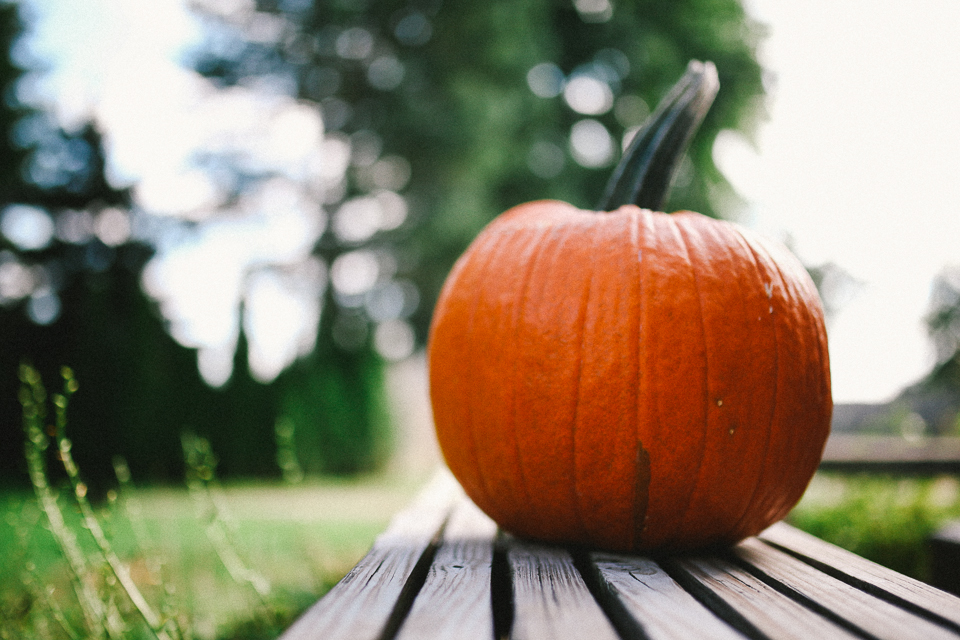 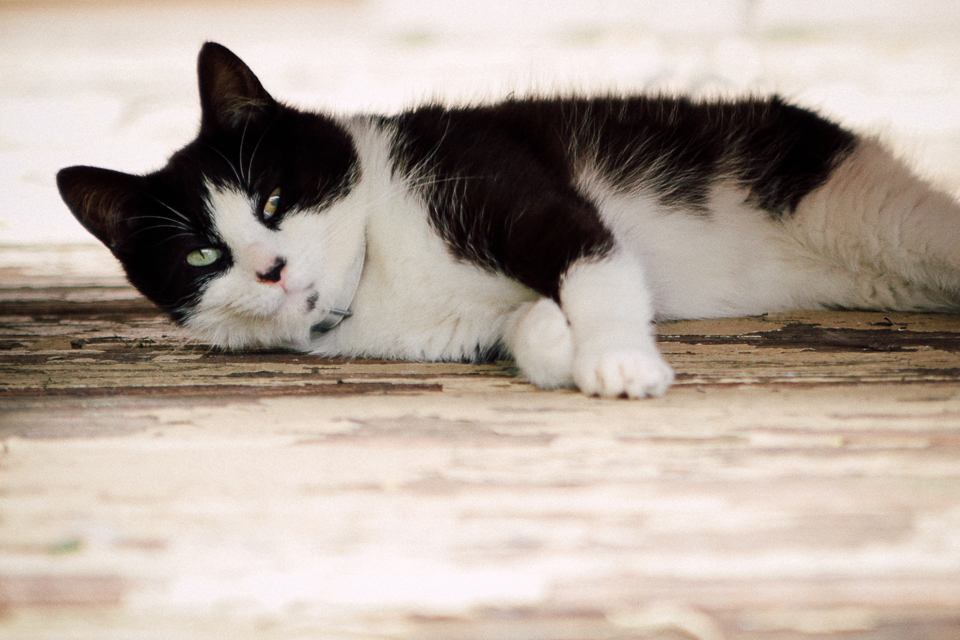 In Memory of Soul Patch