Some weekends are more eventful than others, and today was just a quiet Saturday- the kind I like!  You know which ones… the days where you have nothing on the agenda & can just lounge in your comfy pants & read a magazine for a while… The Saturday’s that almost NEVER happen.  😉  That being said, I was able to snag some photos that told the story of my day pretty well, and I thought I would share them with you.

It started out pretty typical- Nadia woke up with more energy than I have after drinking multiple cups of coffee, so she spent time jumping on what she calls “the Christmas trampoline” … you know, since she got it for Christmas.  I think she’s always going to call it that. 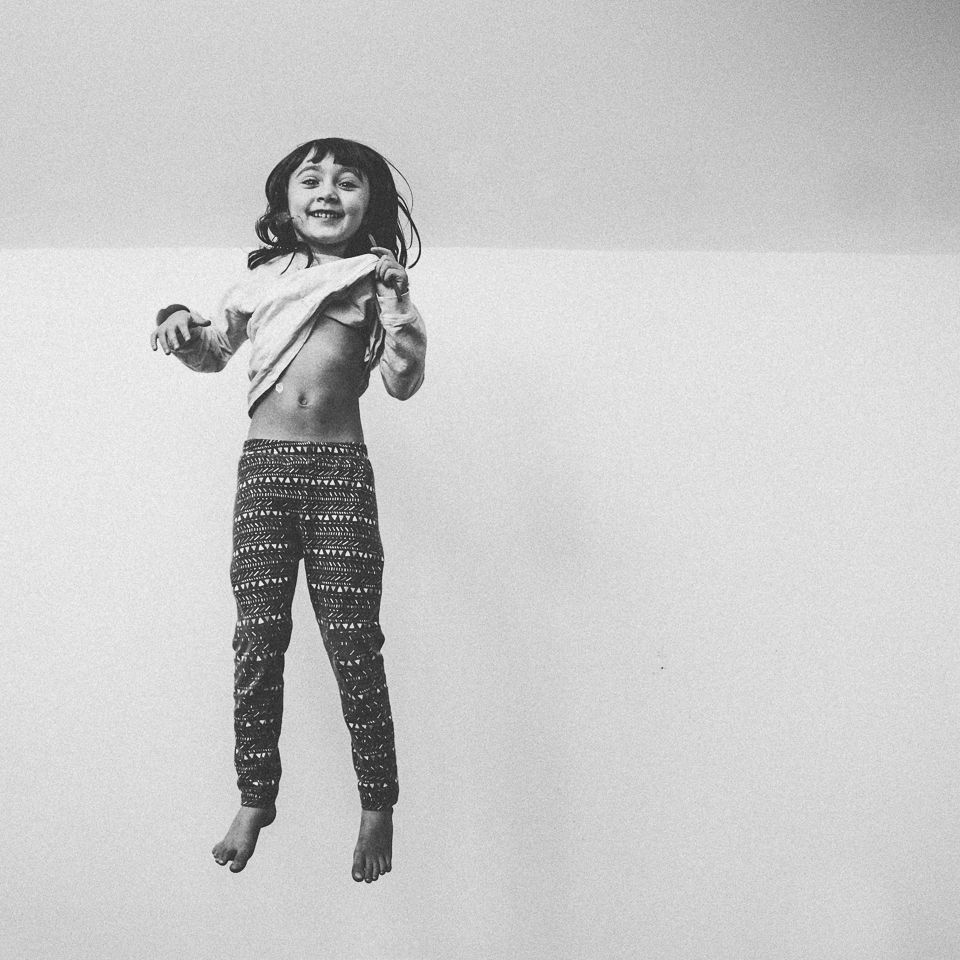 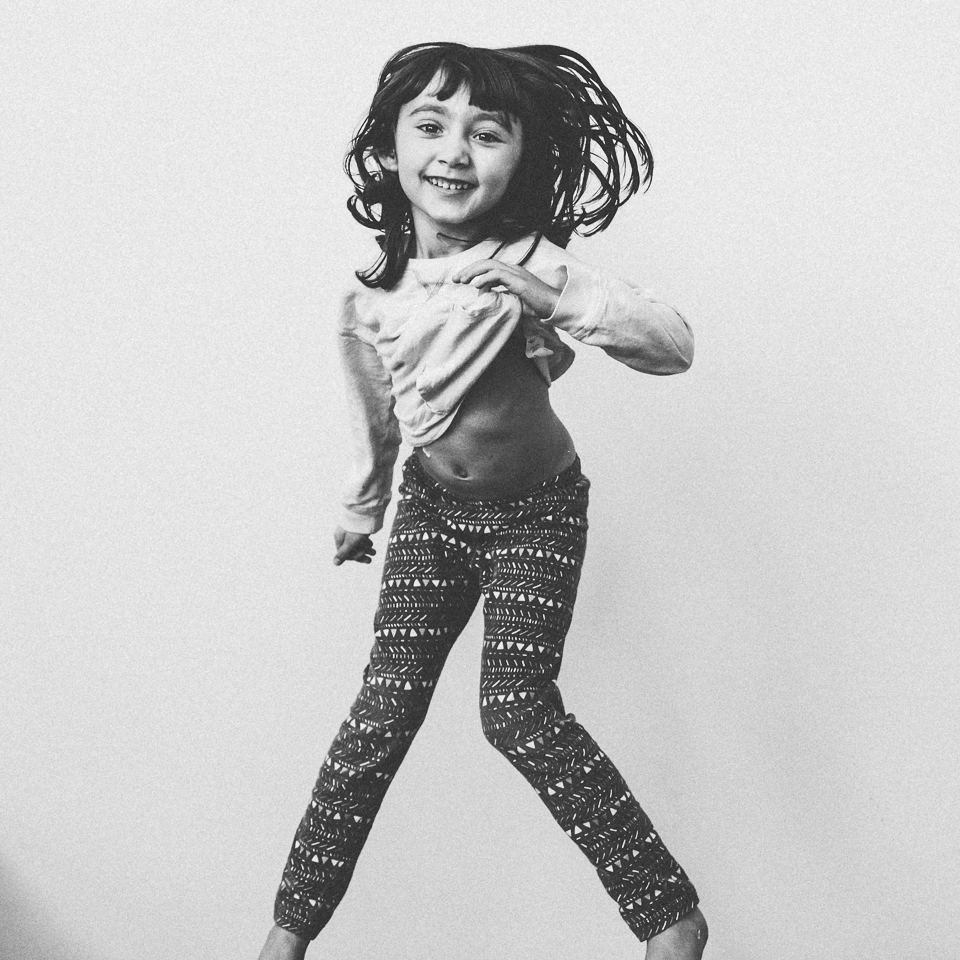 A while later, it got awfully quiet upstairs… That usually means she’s up to something.  I found her, once again, in the bathroom playing in my makeup.  I’m ok with it…. although, I don’t know that her beloved Lambie is.  😉  Poor thing got a makeover using brown eyeshadow. 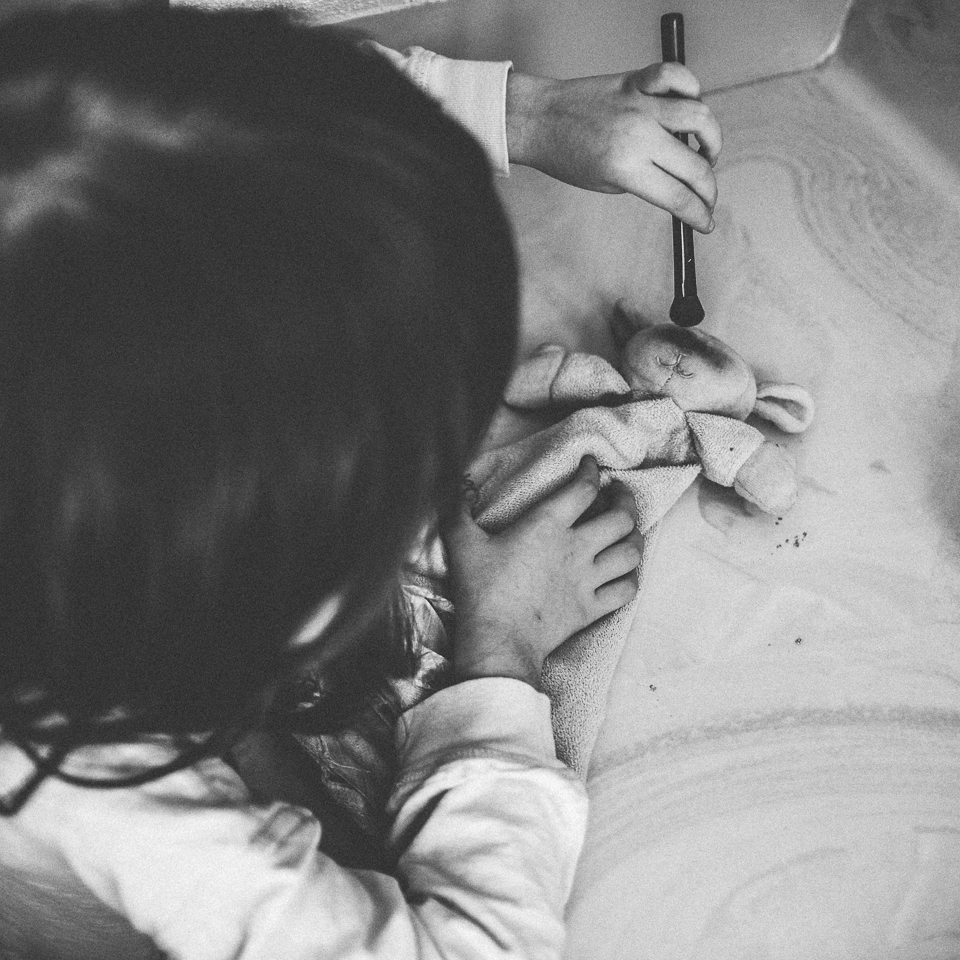 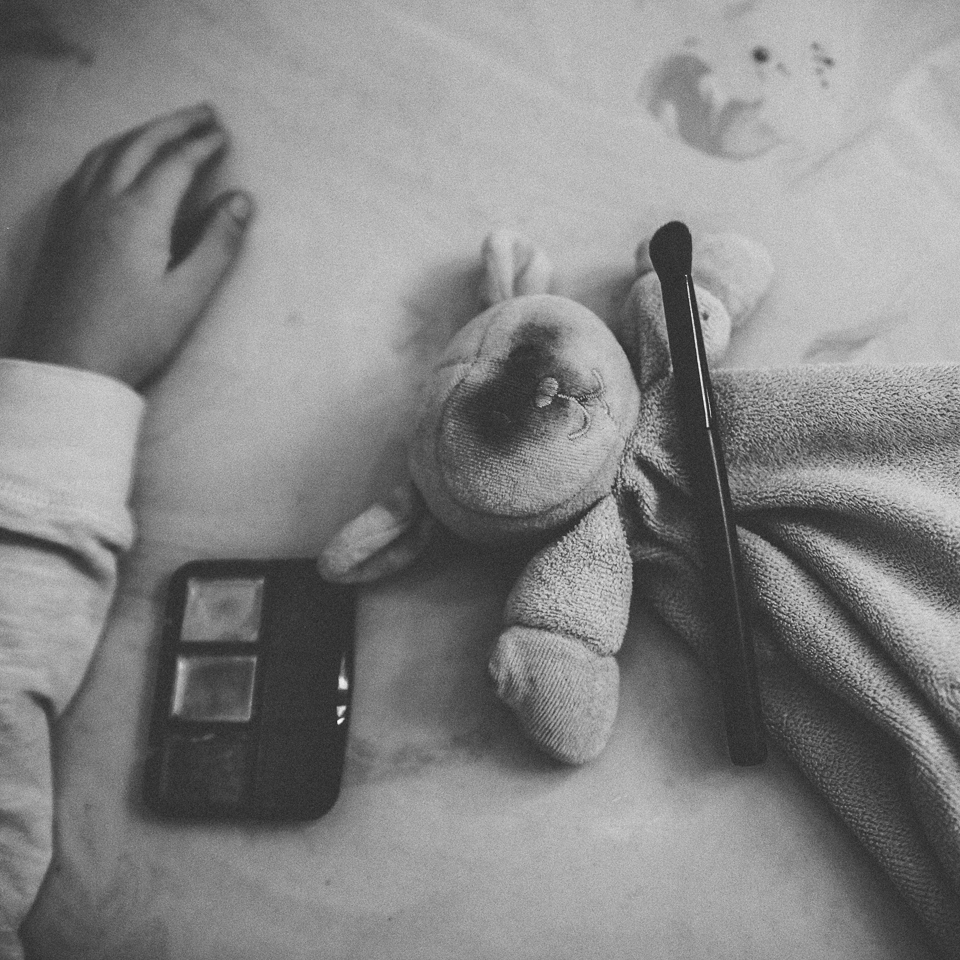 Later in the afternoon, I grabbed my camera again because I knew it was around the time of day when Dana’s fan club camps out on the stairs outside of our bedroom door.  He has to sleep during the day when he’s on night shift, but Nadia and Powder know when he’s close to waking up.  They both must have a sense.  😉 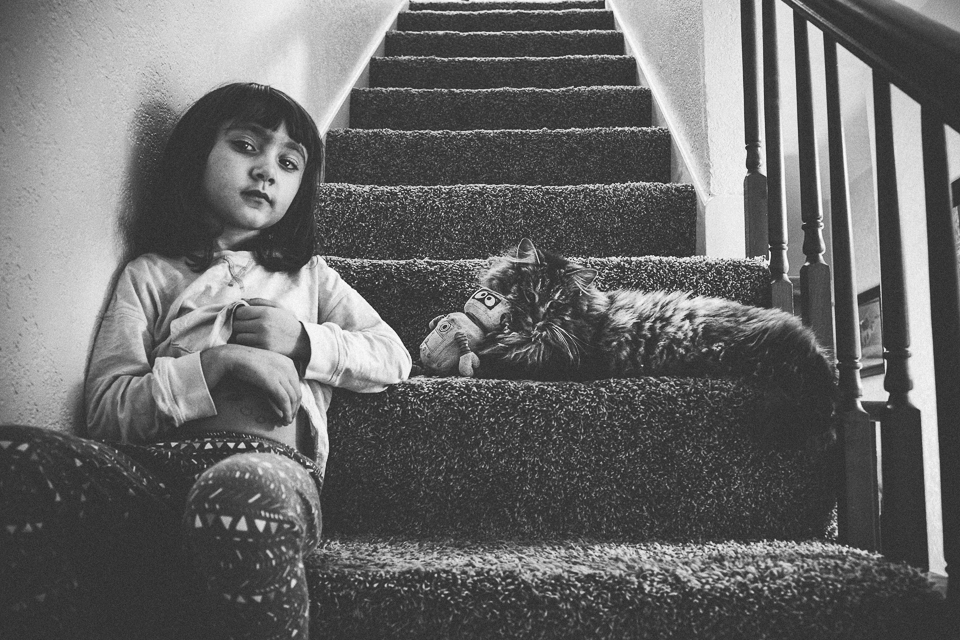 Nadia always gives Powder one of her toys to cuddle with- he plays along nicely.  It’s crazy cute. 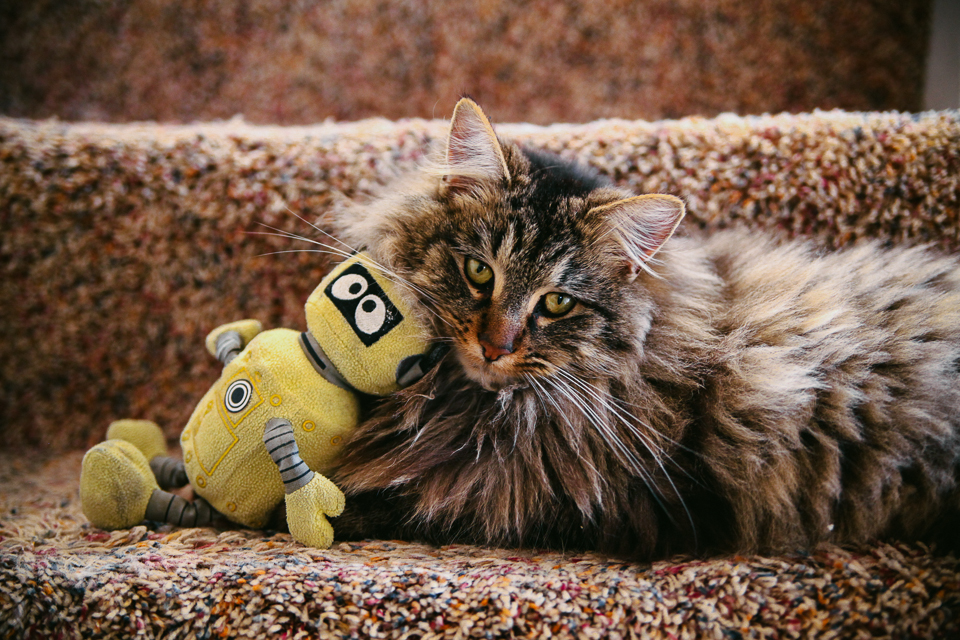 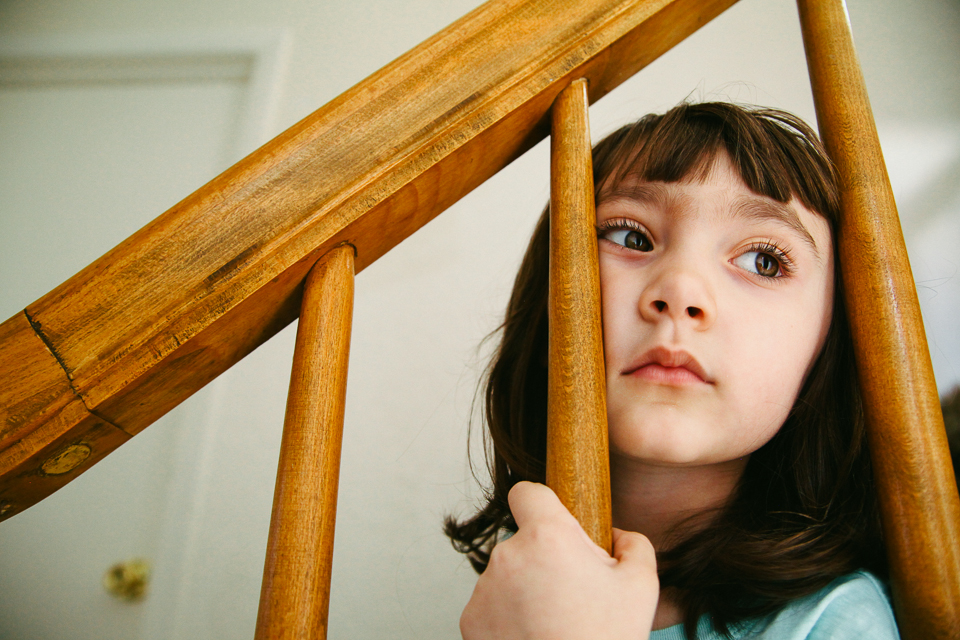 Finally, to get Nadia away from the stairs, I bribed her by saying we can make just a few Snickerdoodle cookies…. partly because I have a sugar-addiction and am about to join my sister’s clean-eating group tomorrow, to which I’ll have to give up the junk.  😉  Not such a bad idea, though.  So, anyways, we made some cookies (she wanted to make little bears), & I got my last dose in. 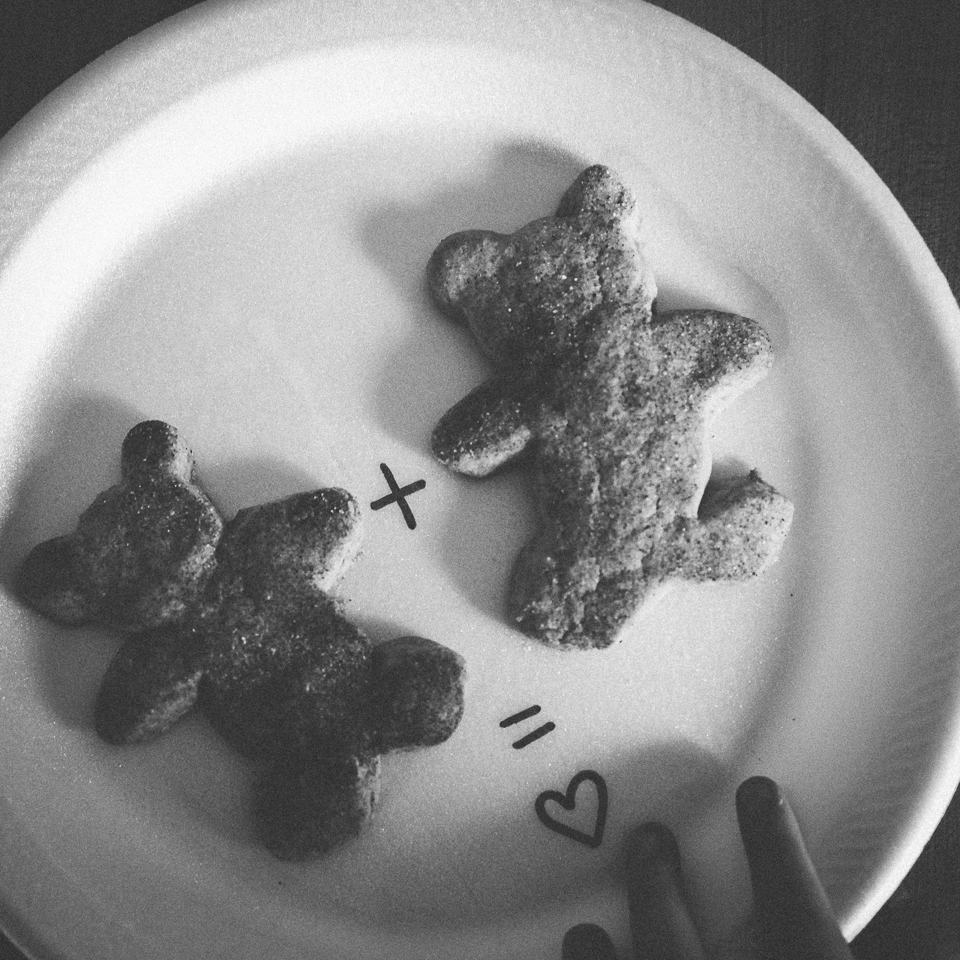 It was a good day.  I can’t wait to print these out and get them in my album.  🙂 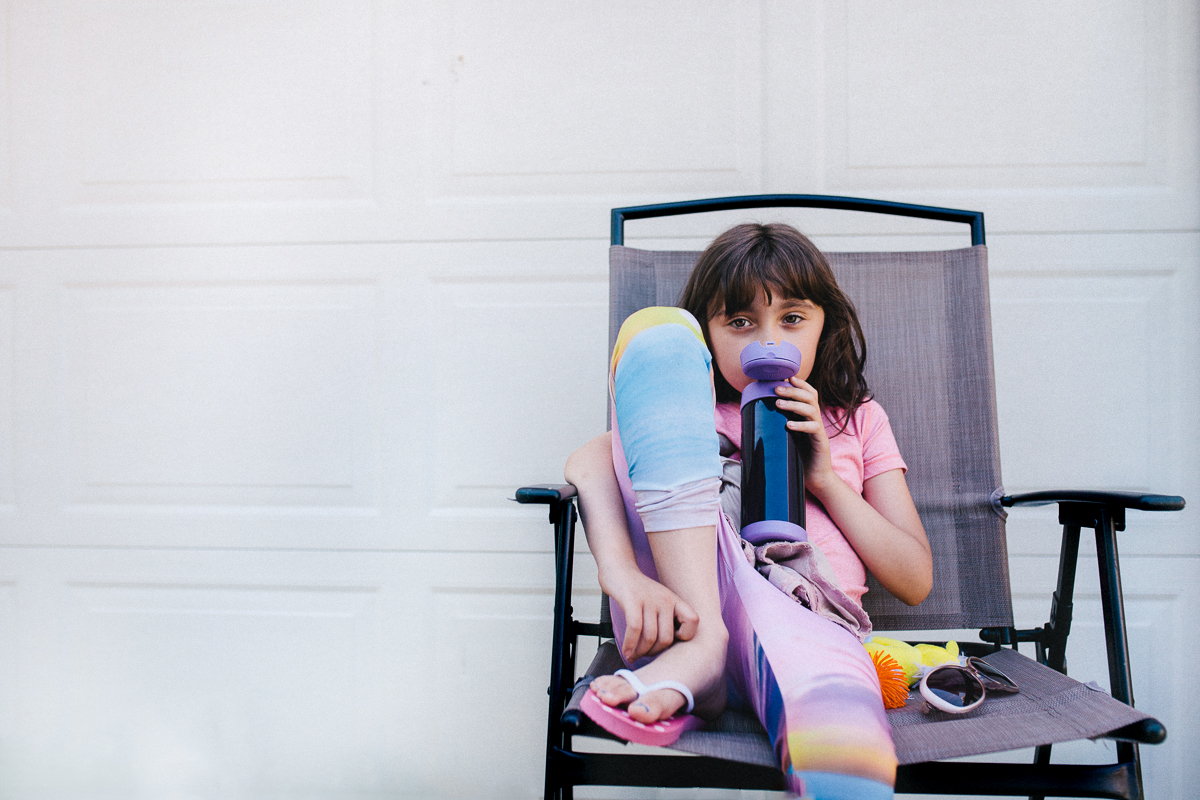 Dusting off My Camera 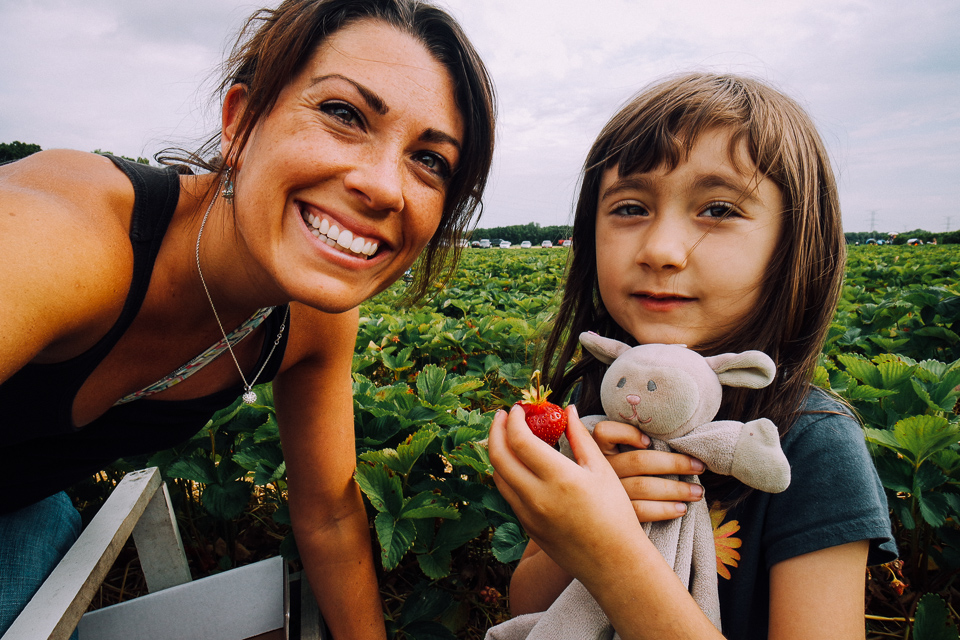