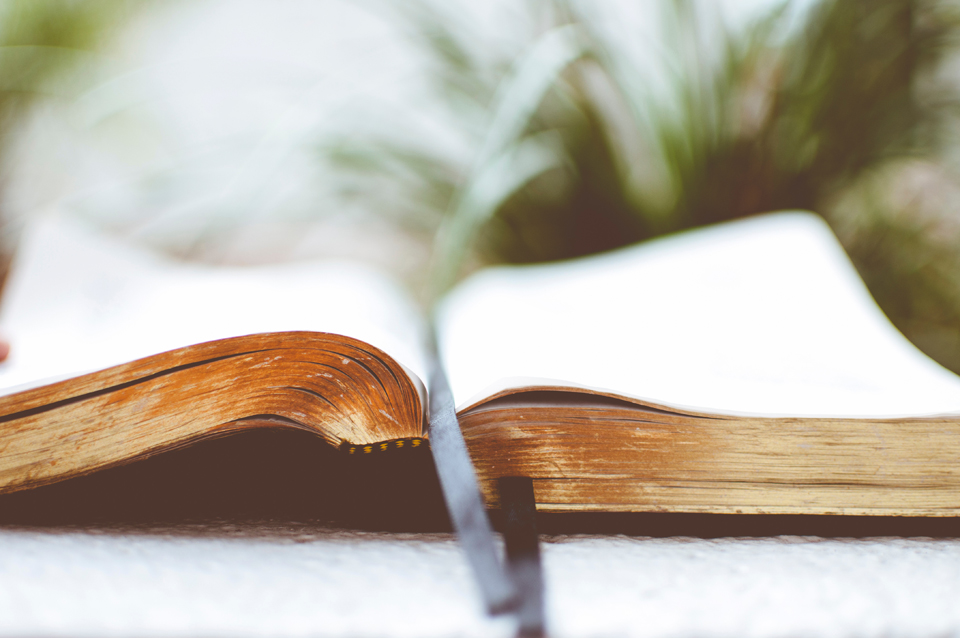 I believe He is the Messiah spoken of in prophecy all throughout the Old Testament.  I believe He is the same God who spoke to Moses in the burning bush… the same One who used His finger to etch the Law into stone.  The same God who playfully told Sarah that she had to give her baby a name that means “laughter” {after the incident where she laughed at Him for revealing that she would become pregnant in her old age.}  I believe He is the One who closed the door of the ark after Noah and his family were safely boarded inside.  I believe He is the One that both Hagar and Isaiah saw with their eyes.  I believe He was the One walking around in the fire with Shadrach, Meshach, and Abednego.  And I believe that together with The Father & The Holy Spirit, Yeshua- the Son- created & played with the smallest subatomic particles… all of the protons, neutrons- the whole shebang- as they strategically designed and built everything we know as the universe.  I believe He still enjoys playing with stars and watching supernovas just as much as He enjoys watching me play with my daughter.  I believe He loves me so greatly that He thought of me when they (God) set the plan of redemption into motion.  I believe that together as One Triune God, they all agreed on the Son leaving His Divinity in order to be born into humanity- still fully God but wrapped in flesh– to be the Savior of the world.  I believe that when He sweat blood in the garden as He asked for that cup to pass from Him, the thing on His mind was not the brutality & torture of the Roman crucifixion, but instead was the unsettling horror of being separated from the One Godhead that He existed with outside of our time realm for eternity past…. To know that even for a short time, the Father & the Spirit would have to turn their backs on Him and reject Him as He became the sacrificial Lamb & paid our penalty.  I believe that during this time, Christ wasn’t the only one suffering- I believe the suffering was extreme for the entire Holy Trinity of God.  And I believe that they followed through with their Divine plan because the end result was worth it- that when we accept Jesus and what He did for us, we get to experience a relationship with God so deep that any human relationship pales in comparison.  I believe that after three days, the tomb where His body lay was empty, and I believe He rose from the dead and will likewise resurrect me from death as well.  I believe that after walking the earth a little while longer and revealing Himself to many more, He ascended back to His holy throne in Heaven and continues to reign over us with glory and honor and power.  And I believe in all of the prophetic words that state what is still to come- that He will return.  That He will put an end to all the violence and suffering and evil this world has been corrupted with.  That He will once and for all destroy the enemy of our souls and take those of us who have accepted His ultimate act of love home for good.  I believe I will spend eternity awestruck by His Presence.  I believe we will still laugh together.  I believe God will throw the most incredible Wedding Feast of the Lamb that goes above and beyond what we even perceive it to be, and I believe that we’ll all be talking about it for the rest of time.  I believe we will dance Hand in hand and sing and go on many new adventures together… and talk about our old adventures, as well.  And I believe that He wants this for ALL of us & is patiently waiting for so many to have the moment I did when I threw back my weary head and said, “Ok, I believe You, & I want to follow You.  I’m all yours!” 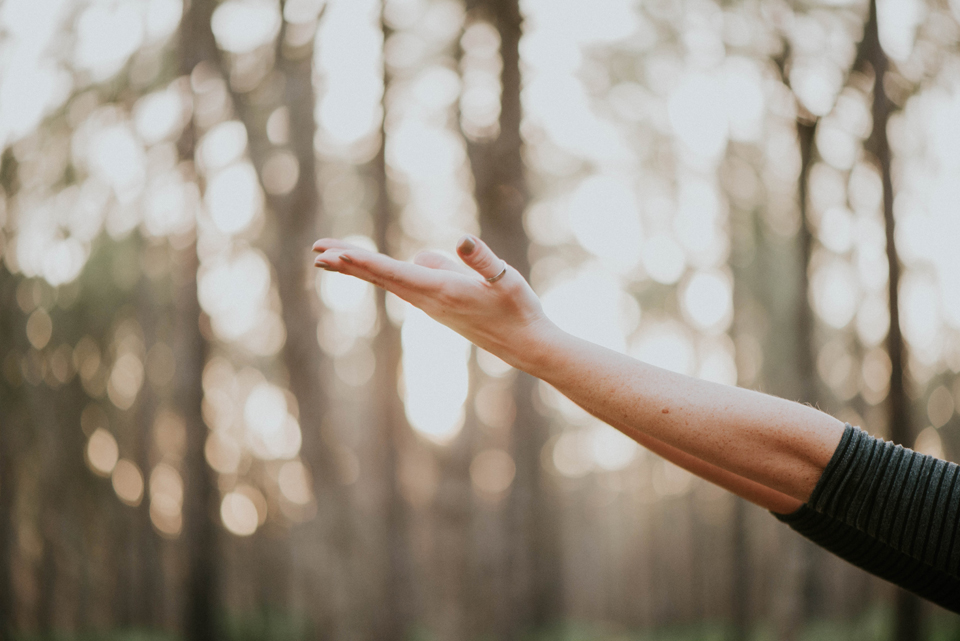 In the year 2007, I accepted His Sacrificial Love and Lordship over my life, and I have slowly but surely been transformed from the inside out.  Believe me when I say it has taken a lot of time to weed out the messes I’ve made and filter out the wrong assumptions that the world has filled my brain with over the years, but each day I live, I grow more and more into the person He created me to be.  I believe that despite what this world is offering in terms of spirituality, there is only one pathway to true salvation, and it is found in Christ alone.  Not in our works…. not by doing our best to be a “good person.”  Not by performing religious customs or yielding to a higher earthly authority to intercede for us.  (We get that access ourselves.  That curtain was torn in two for good reason)… and I trust that when Jesus said, “It is finished,” He really meant that it was, in fact, finished.

And that is good news.  It’s good because I was never left hung out to dry.  It’s good because 2000+ years ago, God Himself looked at the world and said, “It’s go time,” and with the Spirit’s power became a single cell who was birthed and grew year after year until He turned into a young man… a young man who was subjected to ridicule and temptations and all the things I face day to day- and he overcame them all.  It’s good news because I no longer have to live as a slave to fear or worry, and the enemy doesn’t have a grasp on me.  It’s good because I have access to an Almighty God who I can speak boldly to and even laugh with just like you laugh with a friend.  It’s good because when things don’t go my way, I have a Comforter who is always with me- wiping my tears, gently saying, “Sweetheart, I’m here” and who brings me a kind of peace that this world cannot offer.  And it’s good because death doesn’t have the final say in my life.  What’s true for me is true for you, as well.  It’s a “come as you are” situation- we don’t have to clean ourselves up ahead of time.  In fact, we can’t.  But there is One who can wash us clean- If only you’ll say yes to Him. 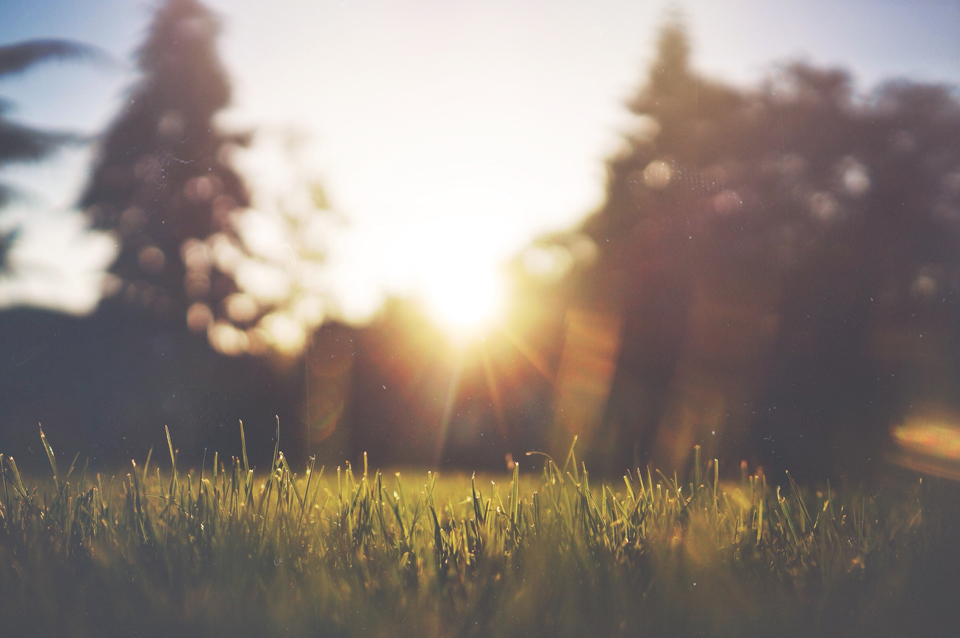 Believe me, we ALL fall short of perfect, and Jesus knows the struggles we deal with on a daily basis… God has made this incredibly easy on us, (hard on Him, but easy on us nonetheless), and it’s all done out of love.  I see day in and day out many, many people who spend time reading and writing and posting and reposting philosophies that might sound good to our earthly ears, but in actuality, they are empty.  Nothing to back them up as truth besides people wanting them to be- and just because something sounds good doesn’t make it true, right?  And I’m sorry if that sounds arrogant or insensitive because those are never my intentions, but as someone who had the blindfold pulled back from her eyes ten years ago, I can’t stay quiet while I watch so many around me walk through life blindly as they inch closer to the edge of a cliff that they won’t be able to pull themselves out of.  I want to help you unknot that blindfold so you can take it off and see Jesus.  The God who is offering to grab your hand and lead you on the path that ends in peace, love, acceptance, righteousness, and an eternal future of glory.  And this ain’t my first rodeo- I’ve shared this many times, and I don’t expect anyone to immediately say “I read this blog post from some crafty chick and now I’m a Christian.”  In fact, don’t just take my word for it- ASK for the truth yourself.  If your heart is honestly open to the possibility  that maybe just maybe we Christian’s aren’t all that crazy after all, I have no doubt in my mind that He’ll start to reveal the truth to you and give you the opportunity to invite Christ into your life.  There is so much more I could say, but I’ll leave it at this…

Yes, we’ll dye our eggs, and I’ll remember the One who died for me.  I’ll lead my daughter on an Easter Egg hunt and remember that when I searched, I found the One I was looking for, too.  We’ll attend church, and I’ll look around me and see the seekers, the believers, and the ones who came out of tradition- and I’ll remember that I have played every single one of those roles in my life, as well.  I’ll pray that hearts will be changed, that Jesus will once again tear down that veil so the “religious” will seek relationship.  I’ll pray that the Holy Spirit will come like He did at Pentacost and release so much power that His Fire will ignite in the hearts of those who are open to Him.  And I’ll continue to pray for the many people I know and love who I so desperately want to see transformed from death to life the way I was and still am.  Easter Sunday will come and go- but Jesus will remain. 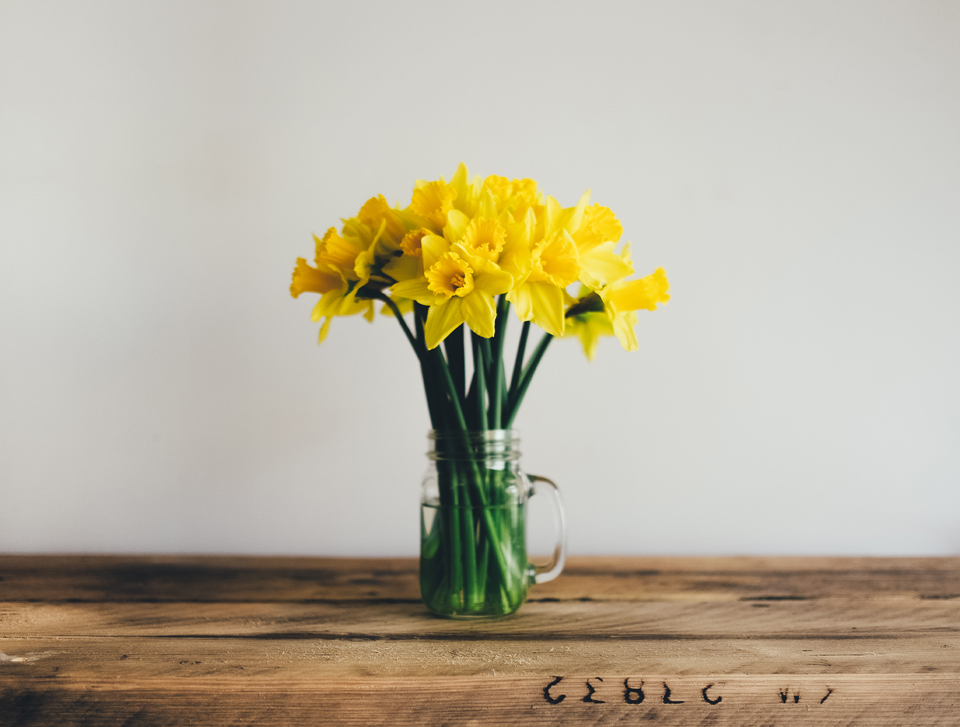 So yes, I believe with every ounce of my body, mind, and soul that salvation is found in the death and resurrection of our Creator, and I believe Him when He says that if you seek the Truth with all of your heart– laying aside your presuppositions, your biases, your tainted feelings towards the church and towards people- you will find Him…  And that Truth- and only that Truth- will set you free.

Have a blessed one!
XOXO 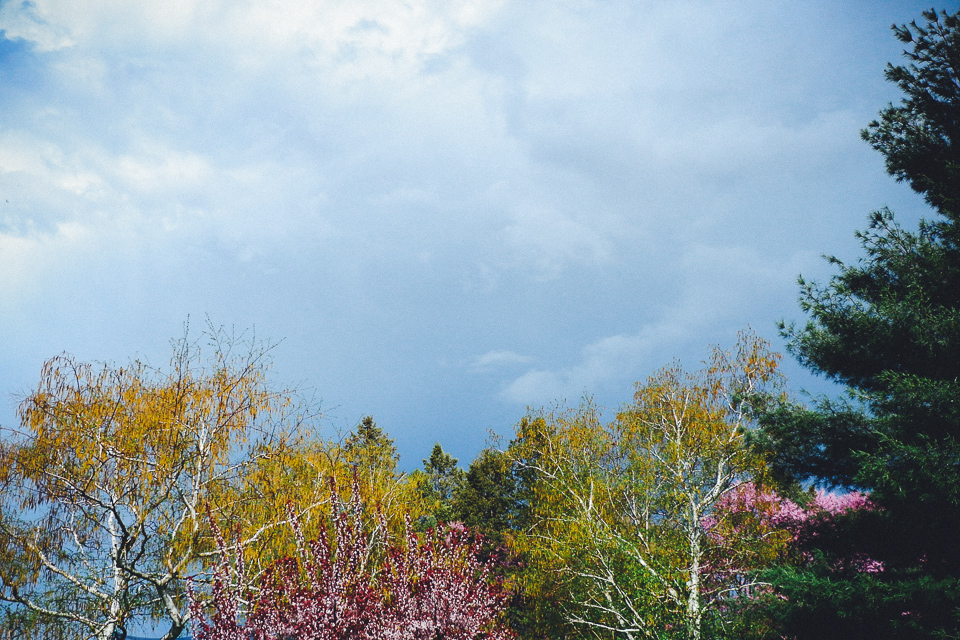 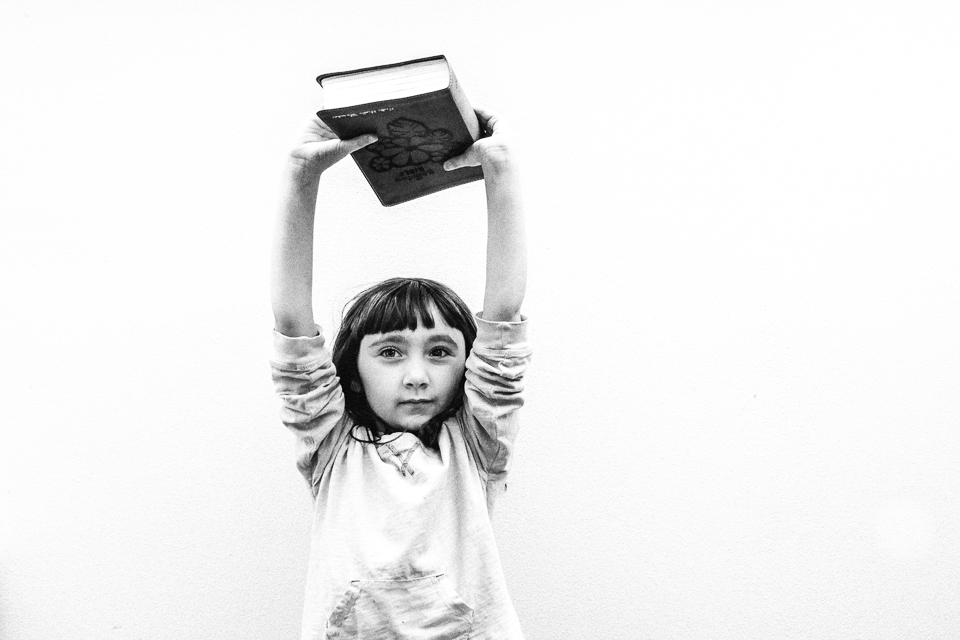 Today is a day of celebration! 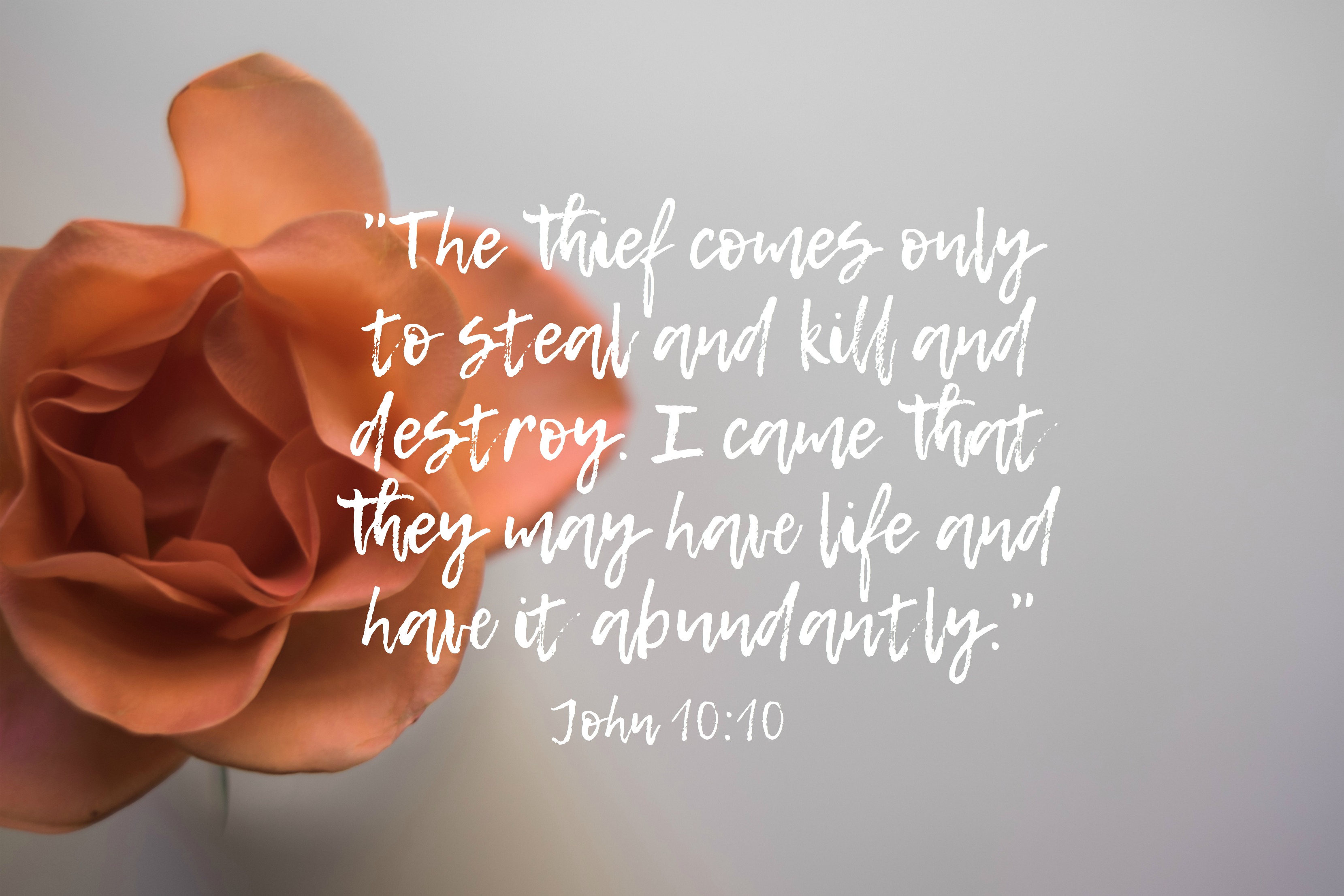 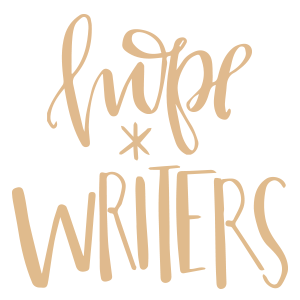 There was once a time where playgrounds were off l

Tashie Toe. 😍 Sometime in the past week, this l

A not-as-healthy version of me would have looked a

Whew! I didn't intend to quit my daily poems, but

I didn't post a Father's Day greeting yesterday be